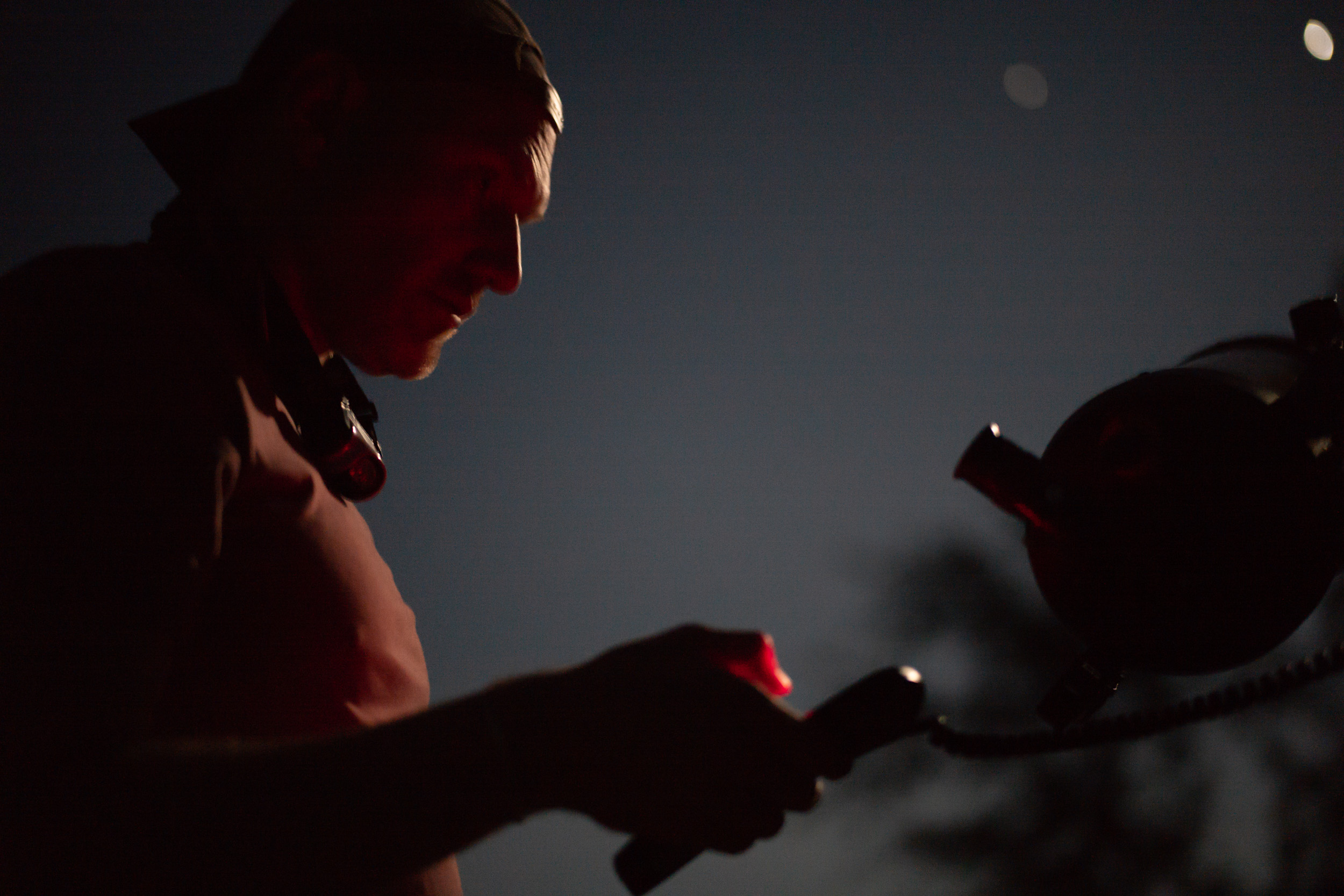 yeah. So two weeks ago, we went camping for the second time in the Pandemic, this time with a couple friends, Cason and Ryan. We picked a spot up in the sierras, where there was a lake nearby that we thought we’d be able to swim in. Unfortunately, that didn’t work out; the lake was a bit gross, with a lot of foulness from various fowl. But, as luck would have it, there was another place to get in the water, in the river we’d crossed twice to get up to the campsite; we’d noticed it and the people there on the way in, so we decided to check it out. 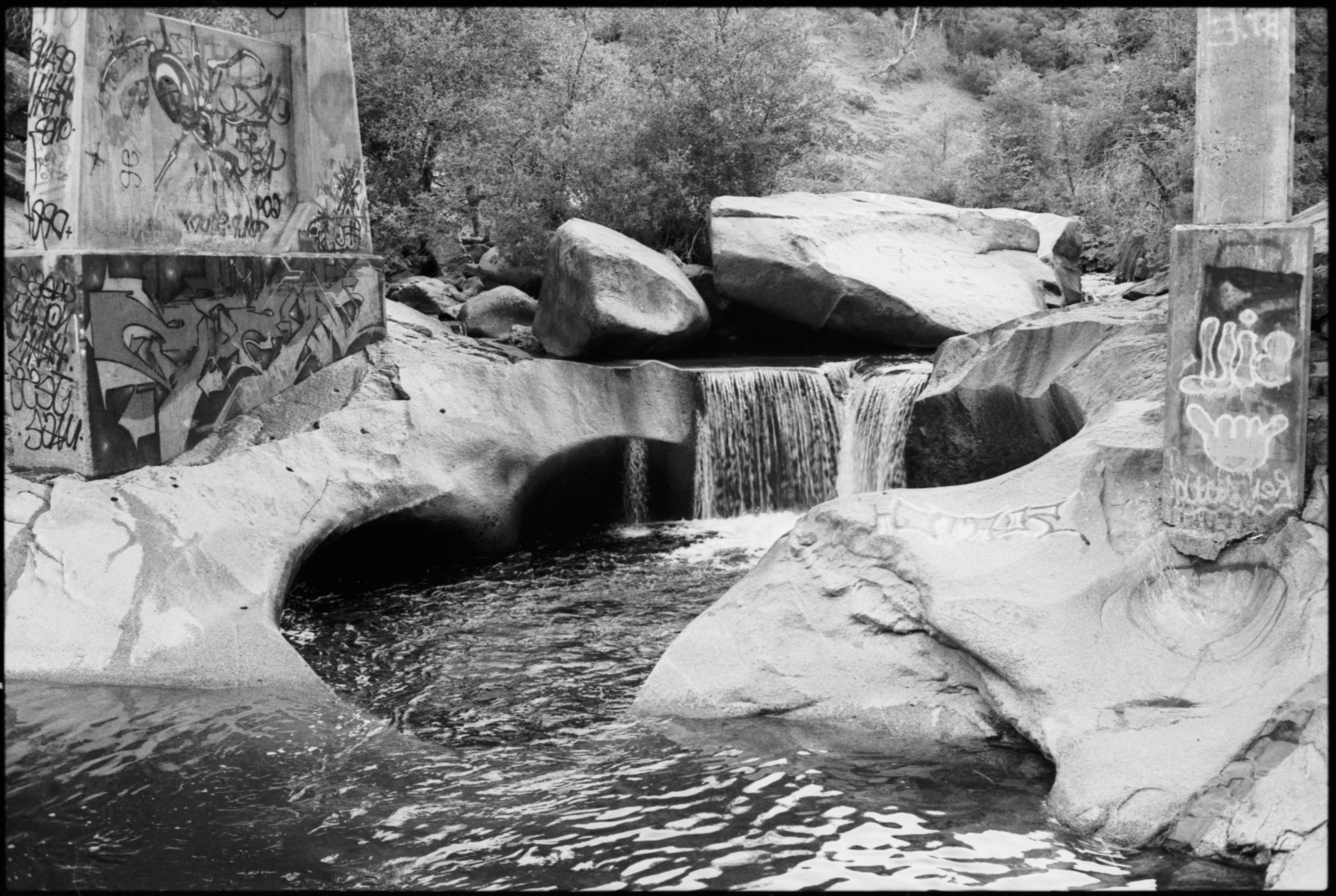 As you might be able to tell from the pictures, it was really great. Access was a little difficult, I can’t imagine getting down to the water if I was only on one leg, but then again I managed a lot on one leg there for a while, so who knows? Anyway, there was a large local contingent, but we kept a good medium distance most of the time, and figured it was outside so it was probably good enough. 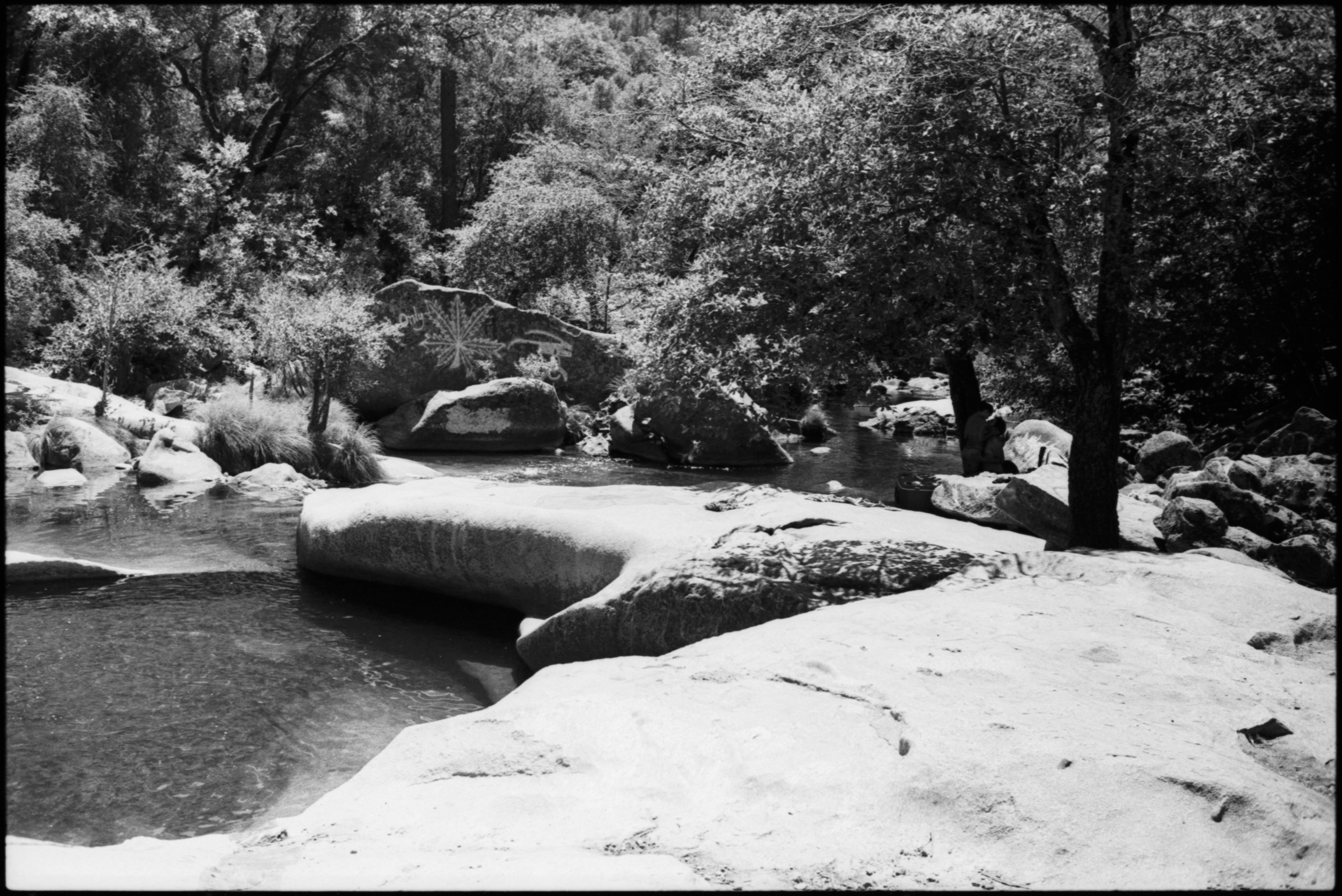 So, we get home, everything is fine, I develop and scan all the film and post the photos to facebook, because that’s primarily where our friends who came with us are, and for some reason that’s just where I went with them first. On that post, I wrote:

Photos from the weekend camping trip. Mostly from the river. Ryan, Cason, Sophia, and a few others that I don’t have links to on here. I know travel is dangerous right now, and I could be an unwitting hazard for others; this was managed with as little close contact and going inside of buildings as possible. Probably as much risk going to the grocery store, spread over a weekend. Distance maintained from the people not in our camp; masks when needed (always when inside).

Honestly? The absolute best thing to do is still to just stay home. But I don’t think that’s sustainable even in the medium term; it’s the same line they give you in abstinence based sex ed, and look how well that works. Our government has completely failed us, and we’re not going to get any relief until 2021 at least (vaccine, new government). So, in the interim, we’ve gotta figure out how to live in this world, manage the risks, and not go crazy trying. 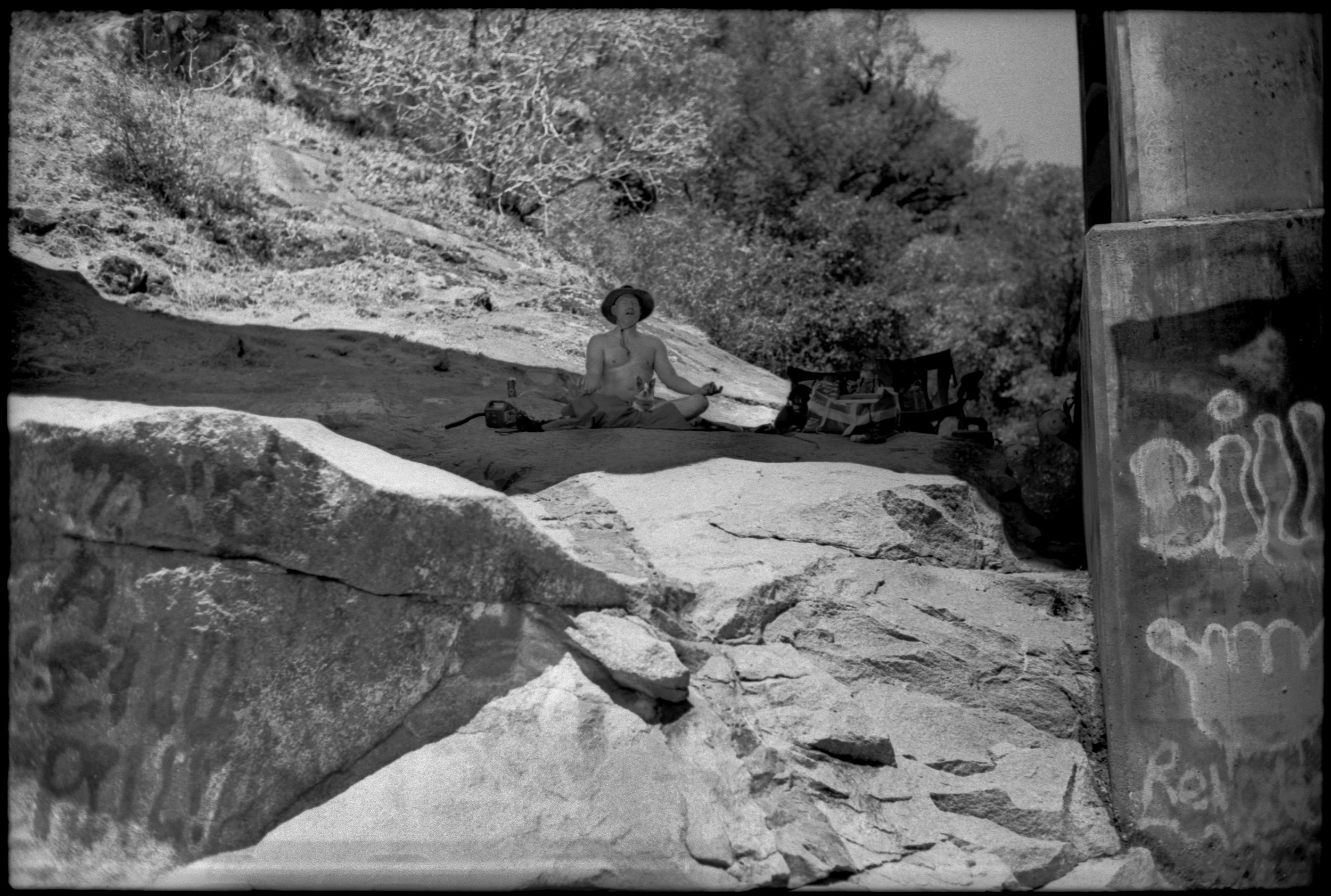 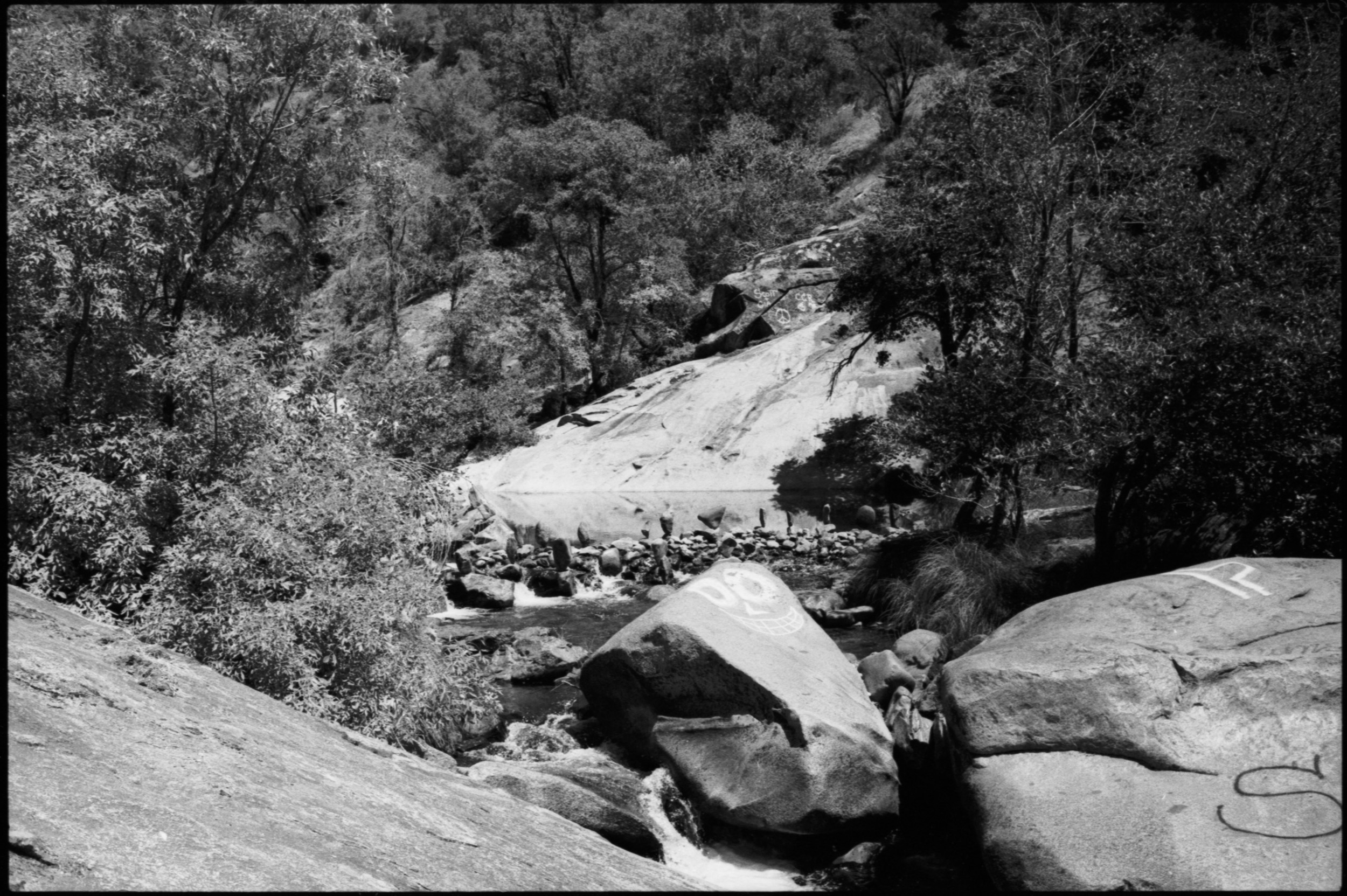 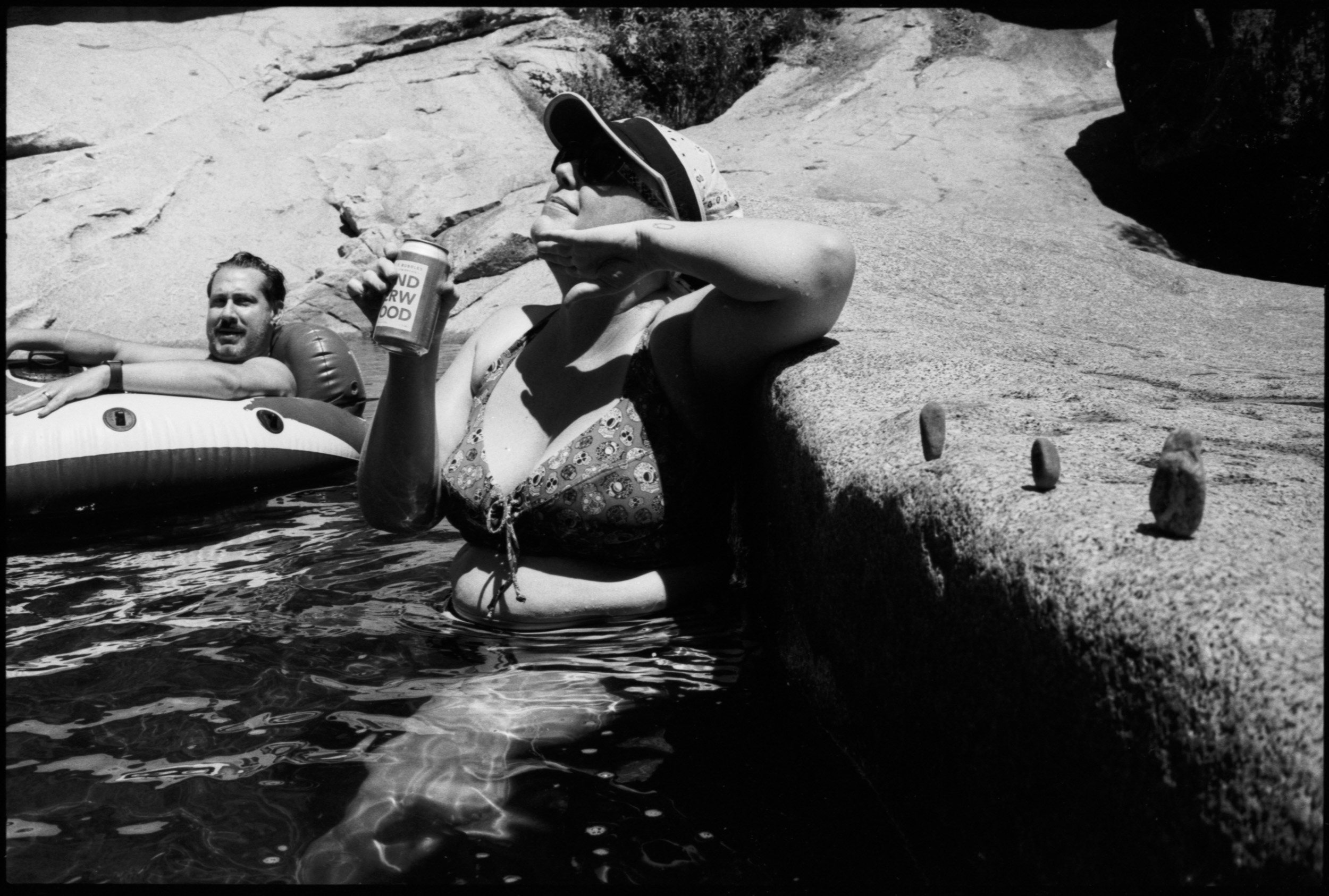 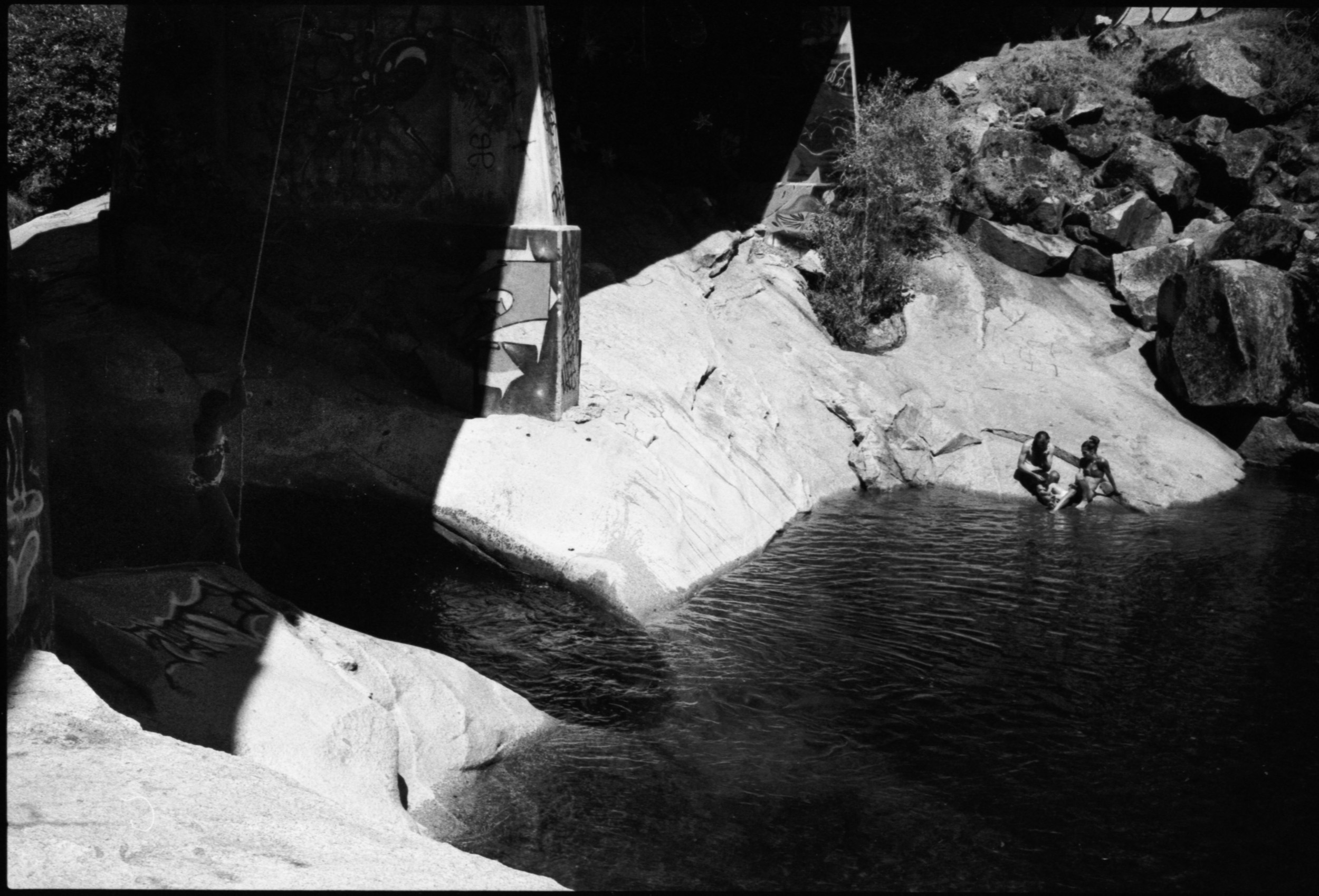 And then, of course, five days later, I get a fever and body aches and I start to wonder if my luck has finally run out. I quarantined in our spare room, and slept most of tuesday; started to feel better that evening, made crappy scans of a bunch of negatives with my phone, and felt mostly better wednesday. I still took the day off, because I was still kinda tired, slept, and also just frankly worried I might be dying. I went and got a rapid COVID test, which was negative, and was insanely relieved. I then spent a while worrying about false negatives, but as it turns out the test I took is about as good as the slower tests. Why aren’t we rolling those out everywhere, instead of having people wait days and days? I don’t know. 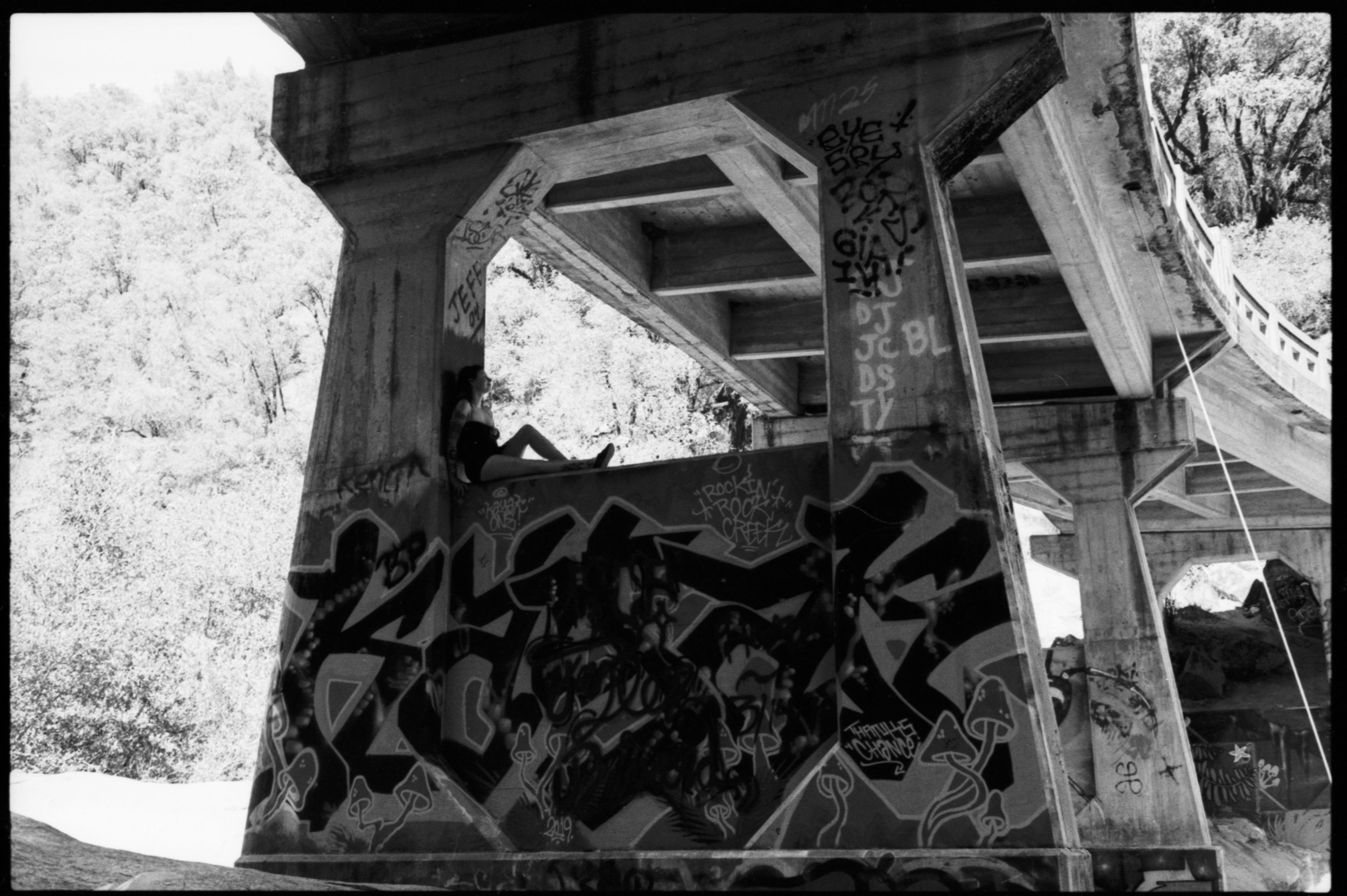 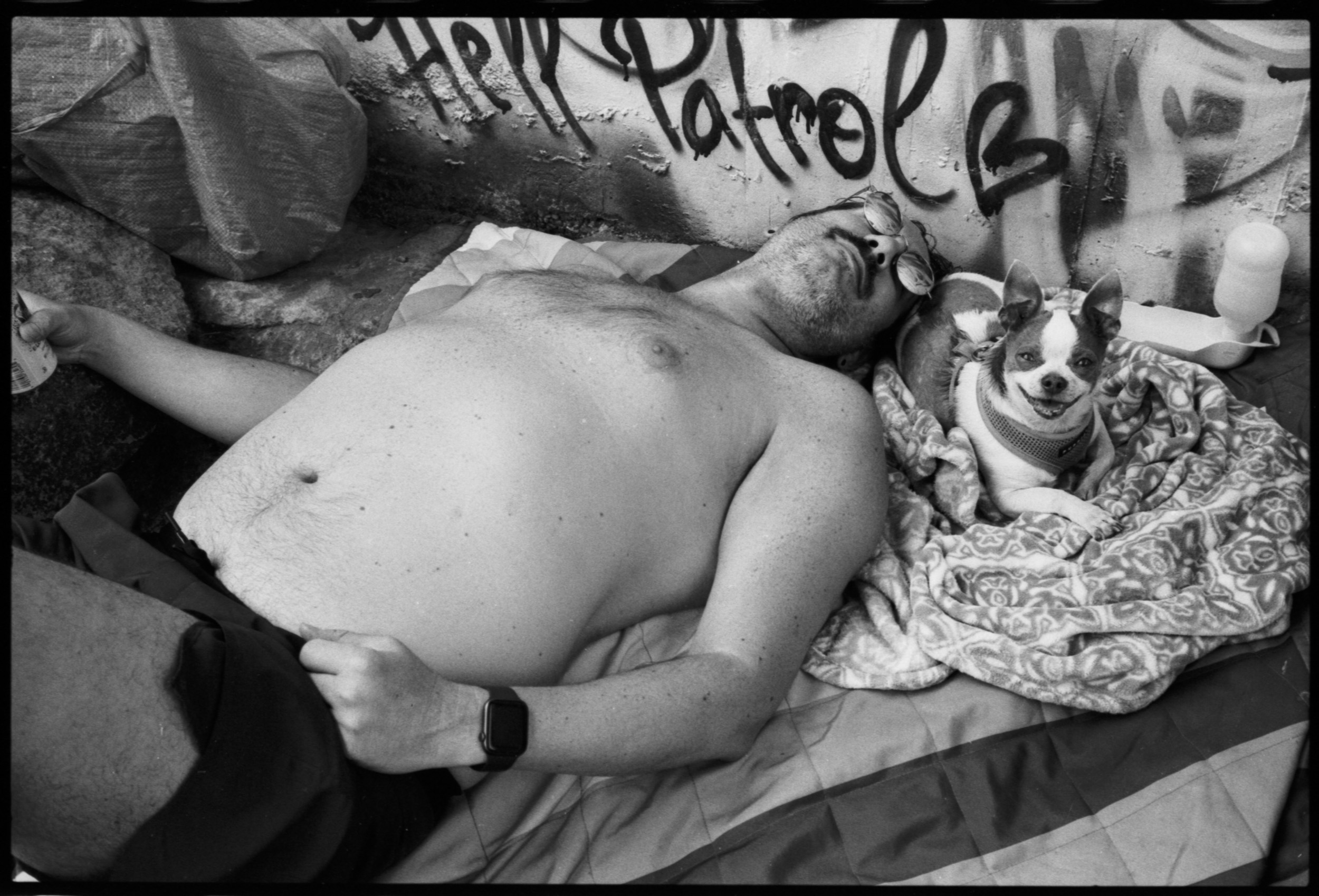 Anyway, yeah. Moral of the story is probably “Don’t Panic.” Or maybe this is another one of my stories without any point, that I just felt like telling. maybe I needed a lot of text to excuse posting a lot of photos with this one. 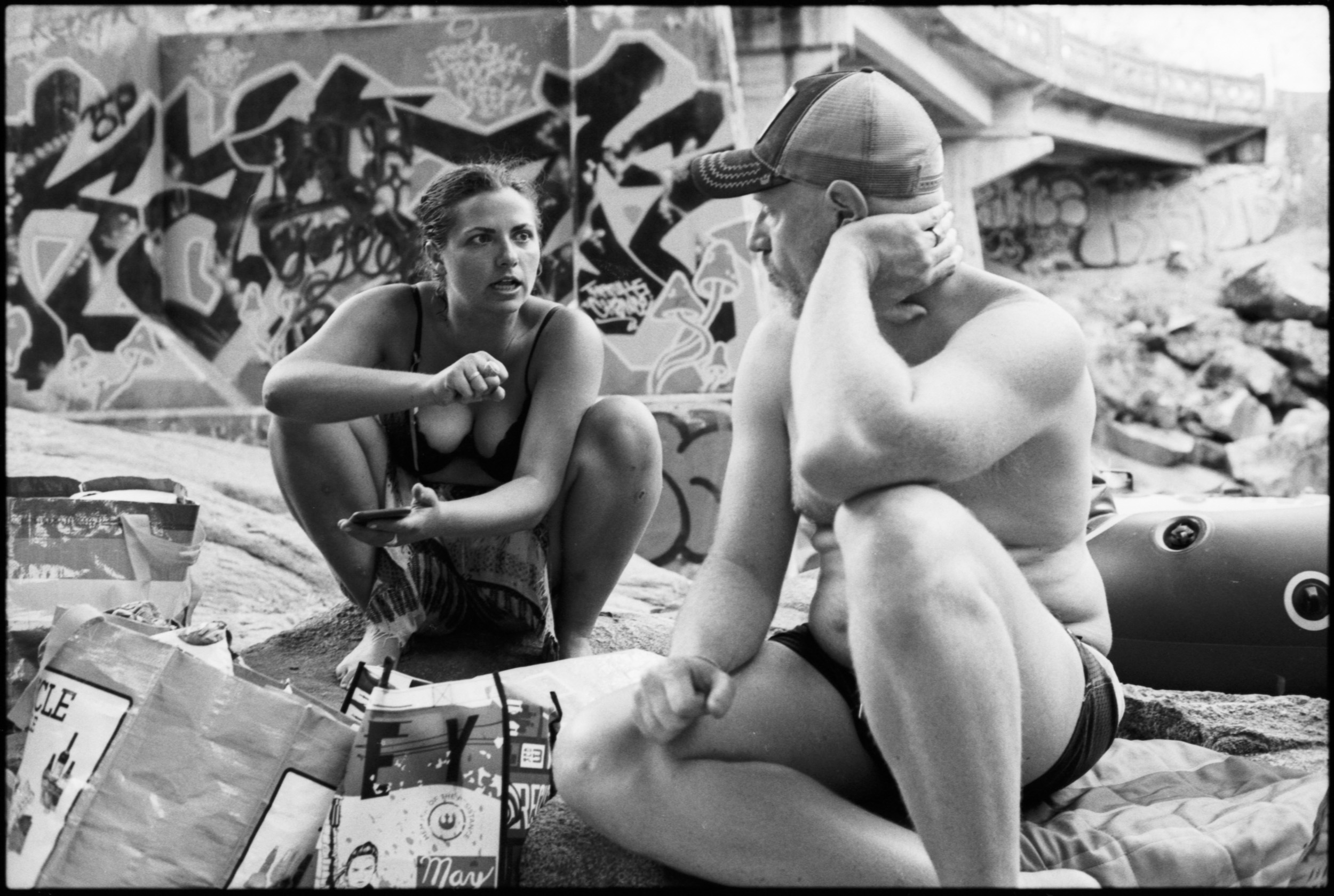 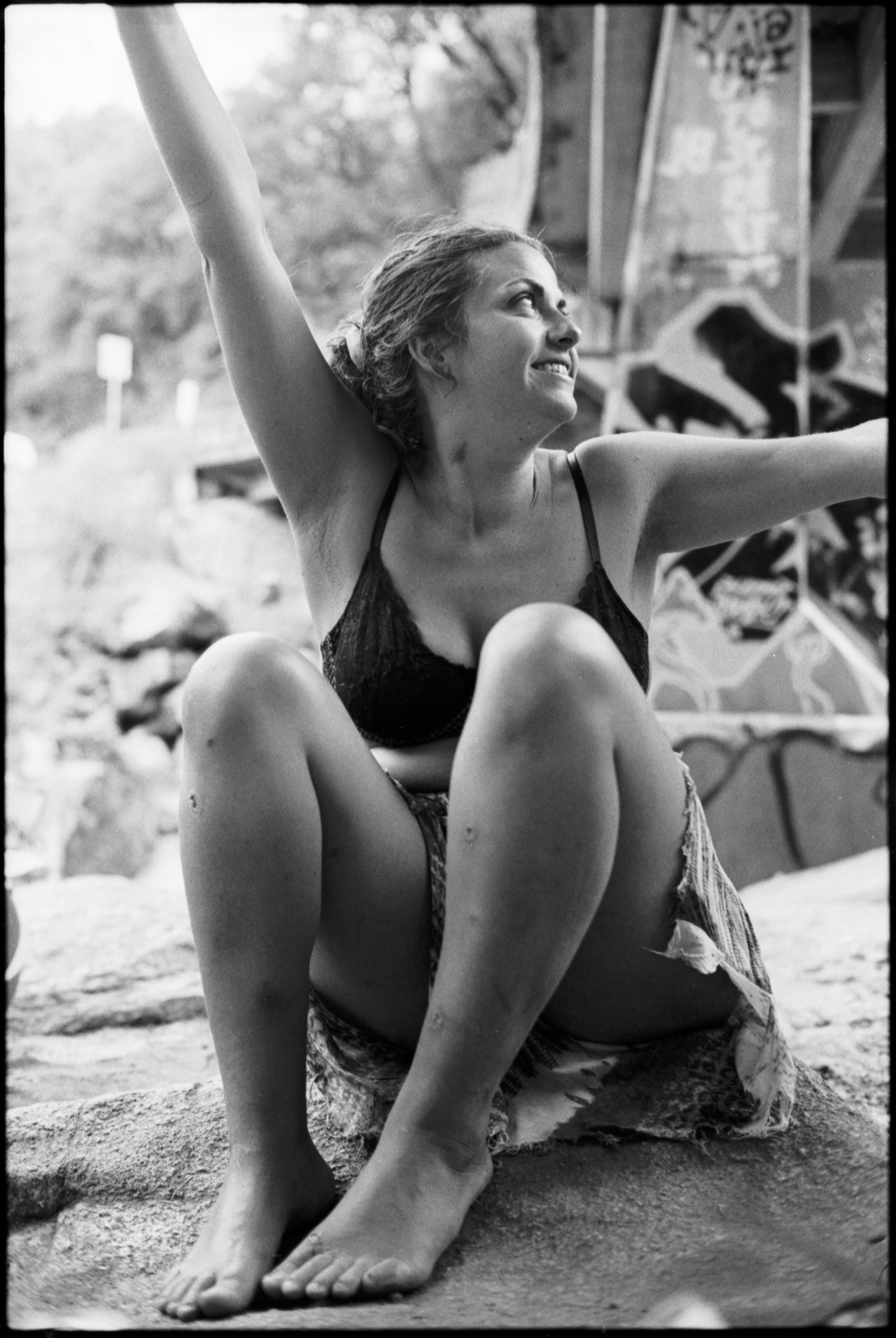 we live in the future update: it’s now 1:15 in the morning as I’m writing, and the lab processed my other test, the one I got on tuesday, and uploaded the result to onemedical, who updated me with the app. also negative! pass by failing, yay! 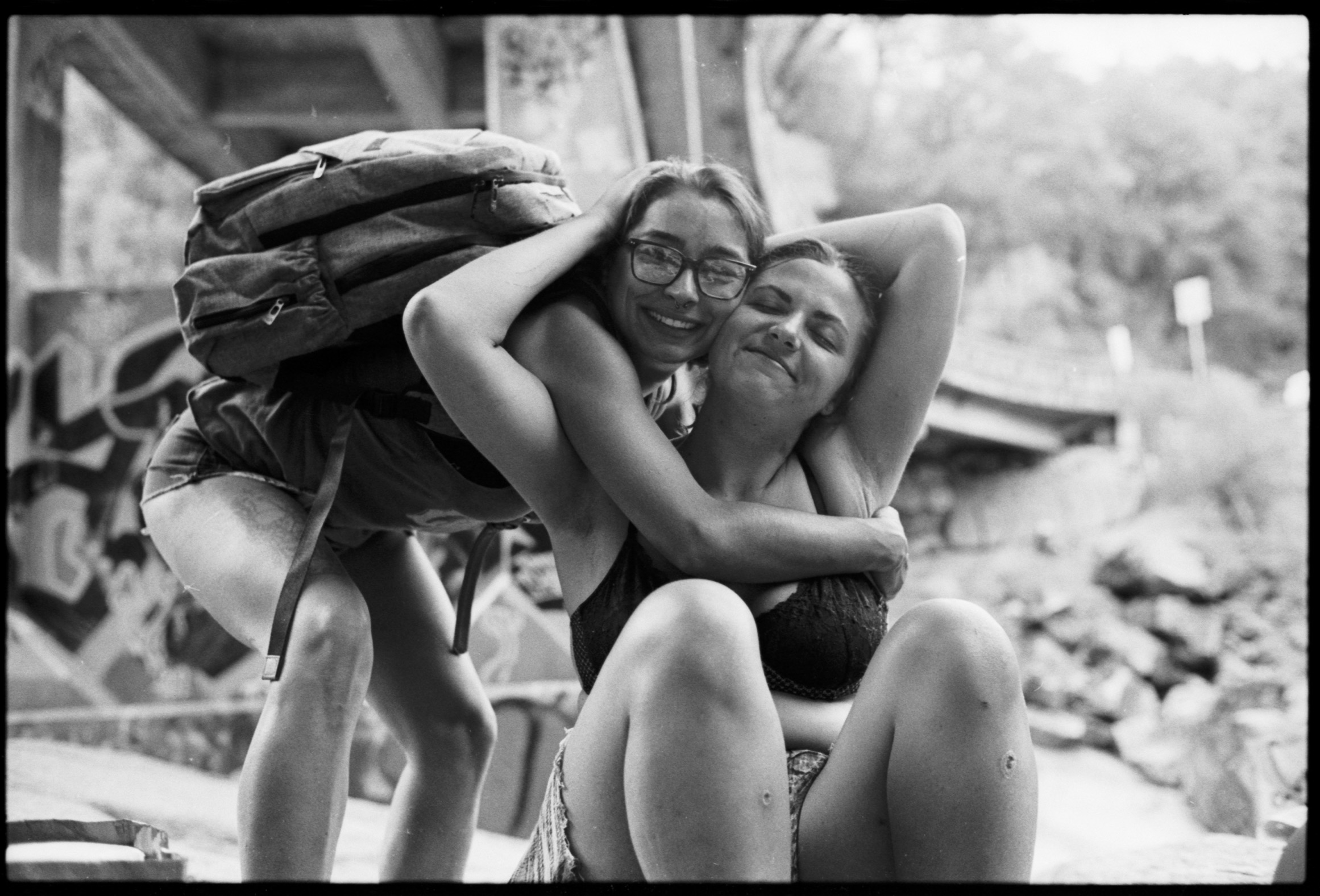 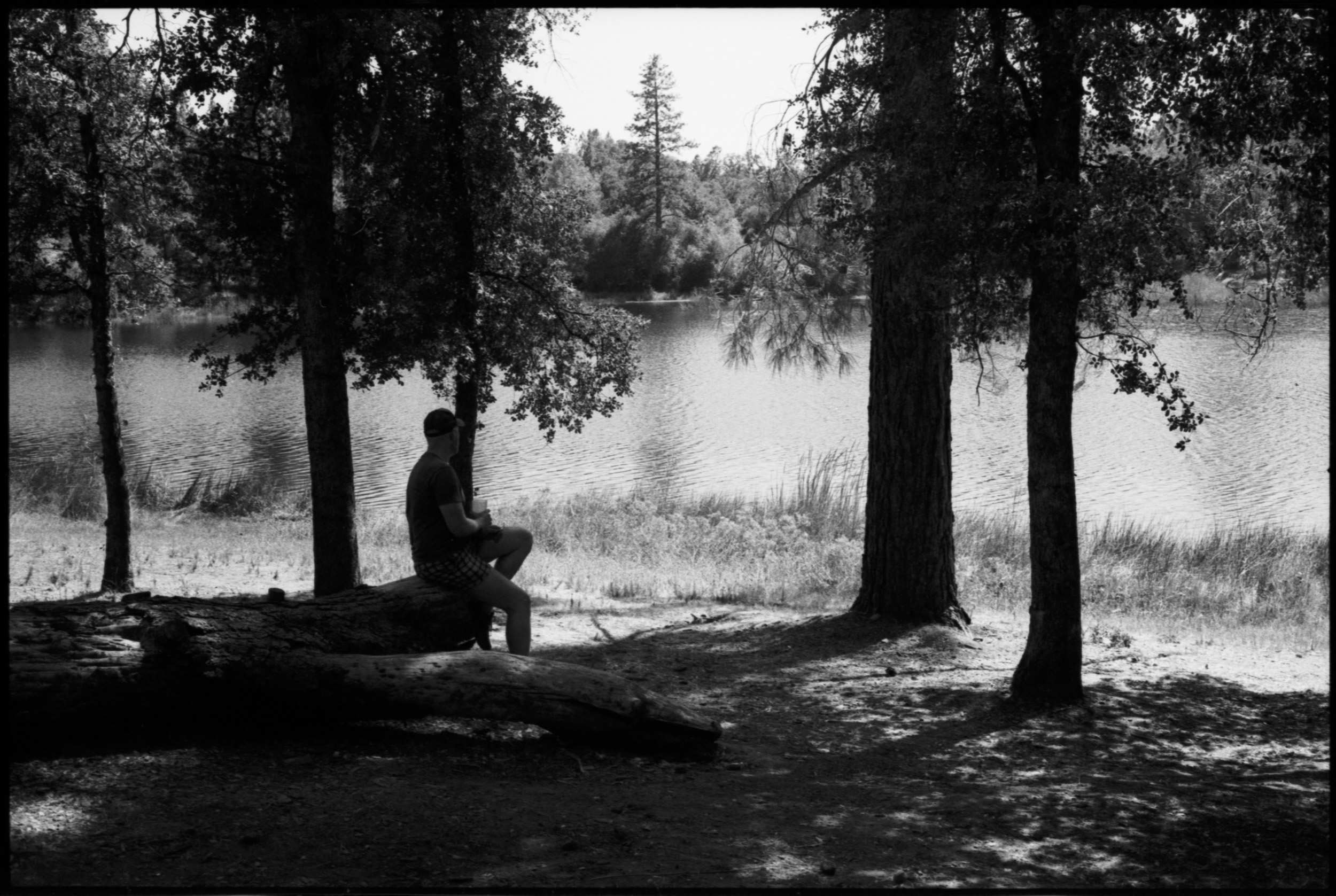