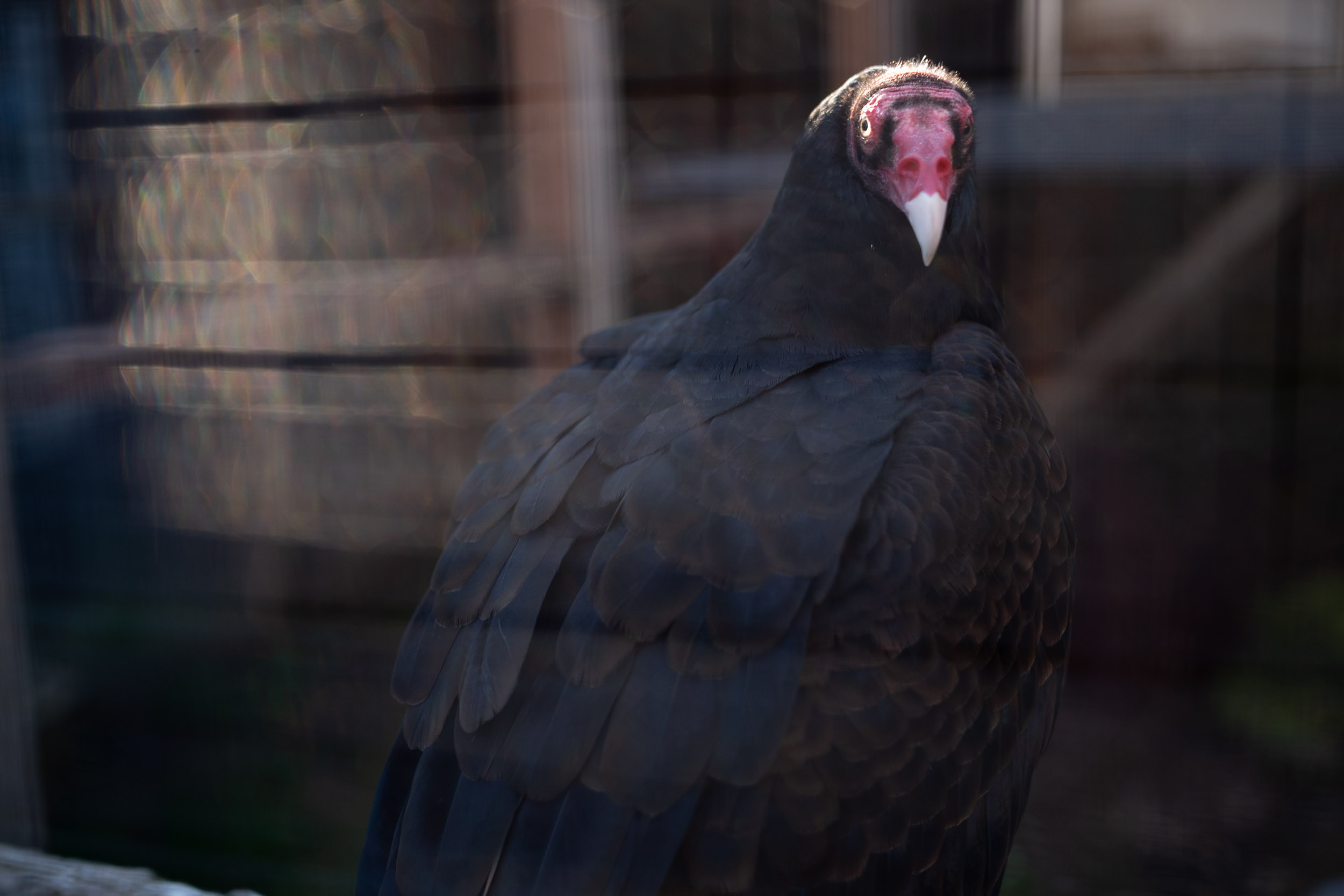 So, sometime in february, we visited the animal sanctuary WildCare, in San Rafael, which is Marin County, for those that don’t live in the Bay Area. They take in animals of all stripes, many found injured and in need of veterinary care, and rehabilitate the ones they can, and the ones that can’t be released, they keep at their facility. They serve as ambassadors for what the sanctuary does. I think I’ve talked about them before, but I really can’t remember. 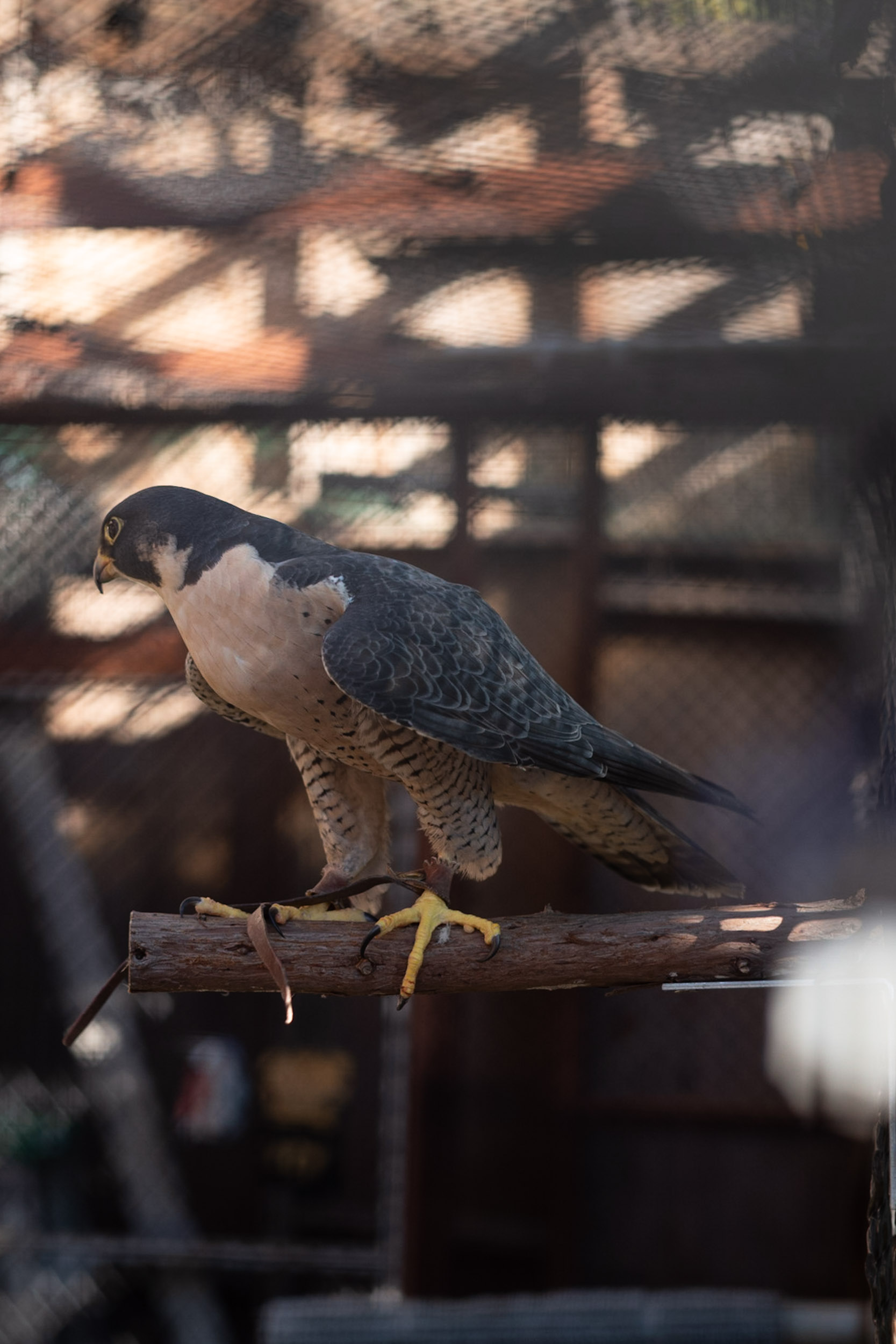 While we were there, we got to see the Peregrine they have. I was trying to take a picture, and through the viewfinder, I couldn’t see the fence really. So when the bird decided to go from one perch to another by flying right at me, I jumped right back. Raptors are terrifying when they’re zooming through the air at you. That’s the original meaning of the ‘terrible lizard’, the dinosaur: scary, as in it’ll claw your eyes out. 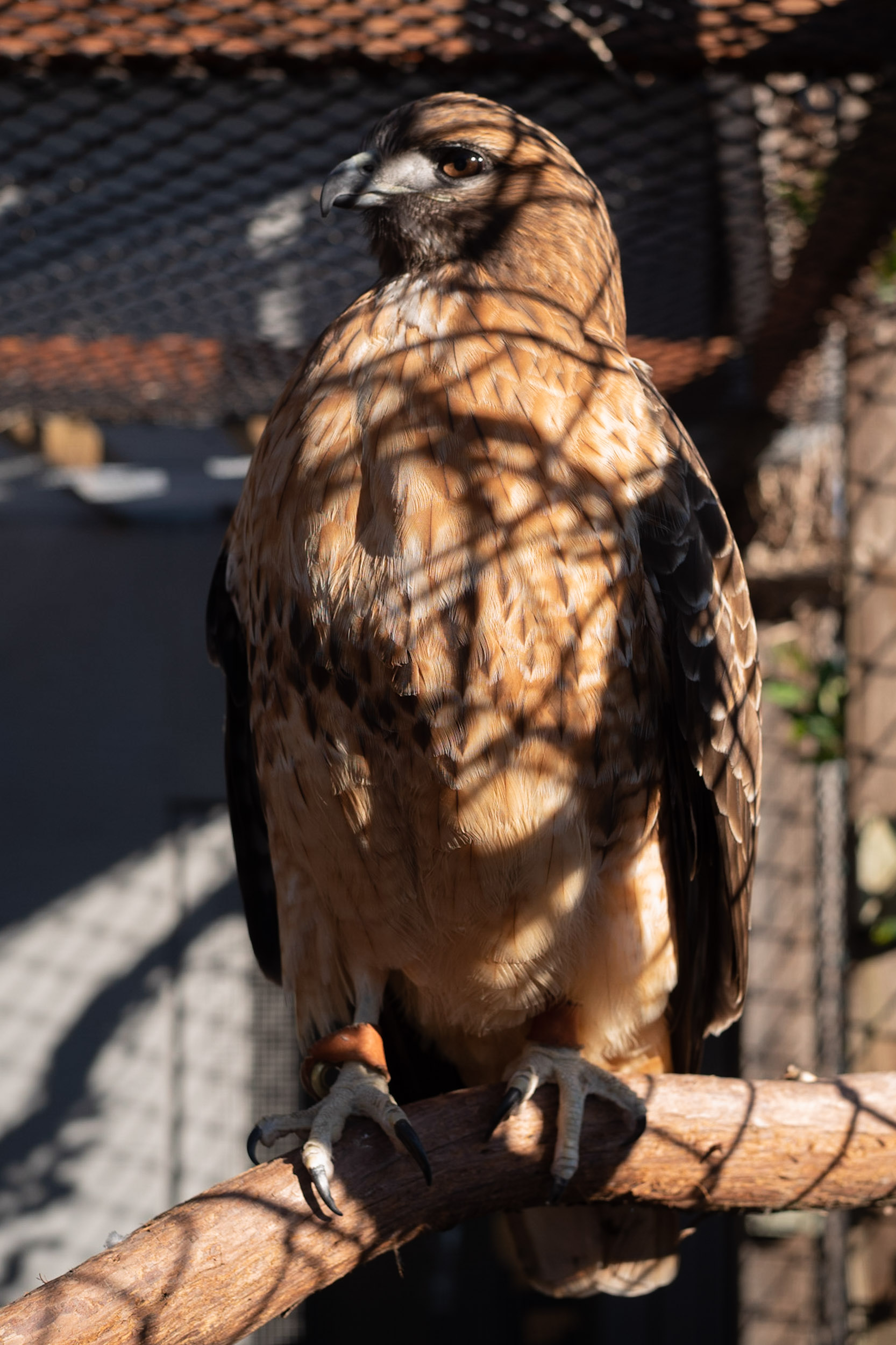 Not Vlad though. Vlad is the vulture in the first and last pictures. Calm, regal, really a nice bird. Eats carrion, mostly, found as a little chick and someone hand-fed him until they couldn’t handle him, and then turned him over to WildCare (if I’m remembering the story correctly, which I may not be). So, he doesn’t have any of the fear of people, or other learned behaviors that would allow him to survive in the wild. Protip: if you see a baby bird on the ground, don’t touch it. Its parents will often come and get it. If you’re concerned for it, it looks injured, look up your local wildlife rescue, give them a call. They’ll know what to do. 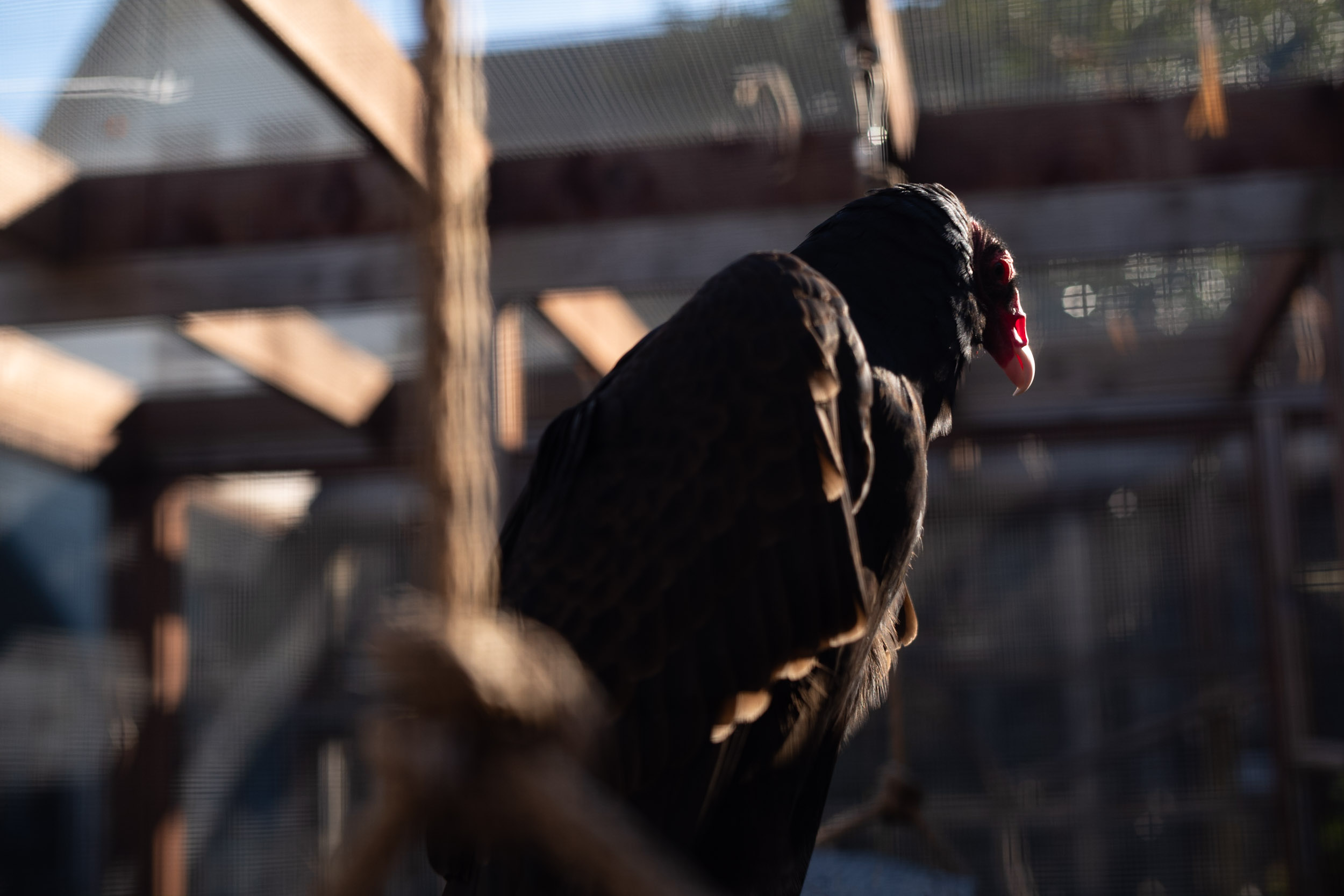