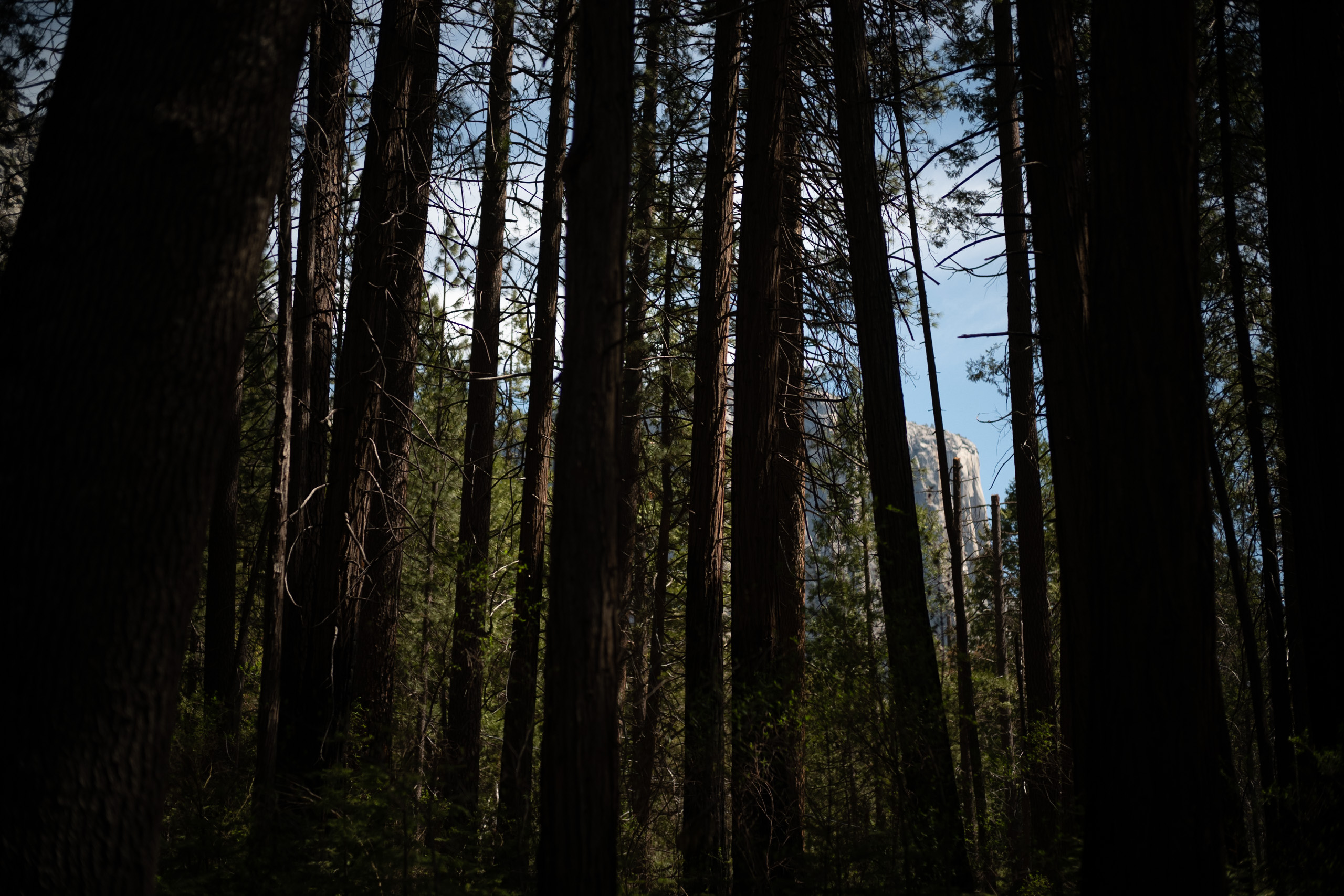 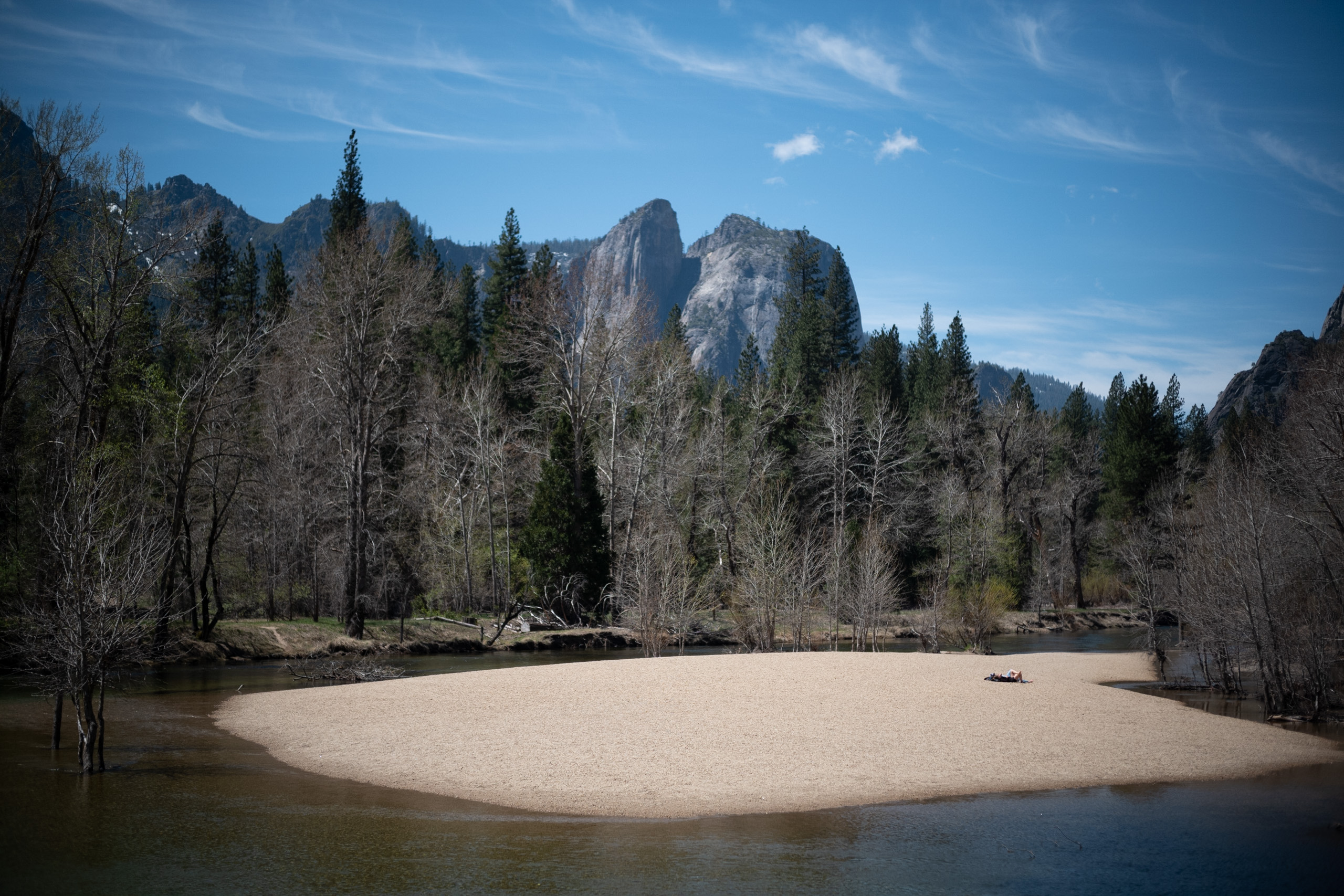 A couple weeks ago, to celebrate being fully vaccinated, I took a couple days off of work to do some stuff I haven’t been doing because of the pandemic. A couple of weeks prior, I was idly playing with the map to see what destinations were within a day’s drive, and I realized that yosemite was only three and a half hour’s drive, totally doable in a long day. Get up at 5am, drive in and get there by 10, hike around in the valley during the day, catch sunset from Tunnel View, and drive back. Home by midnight. 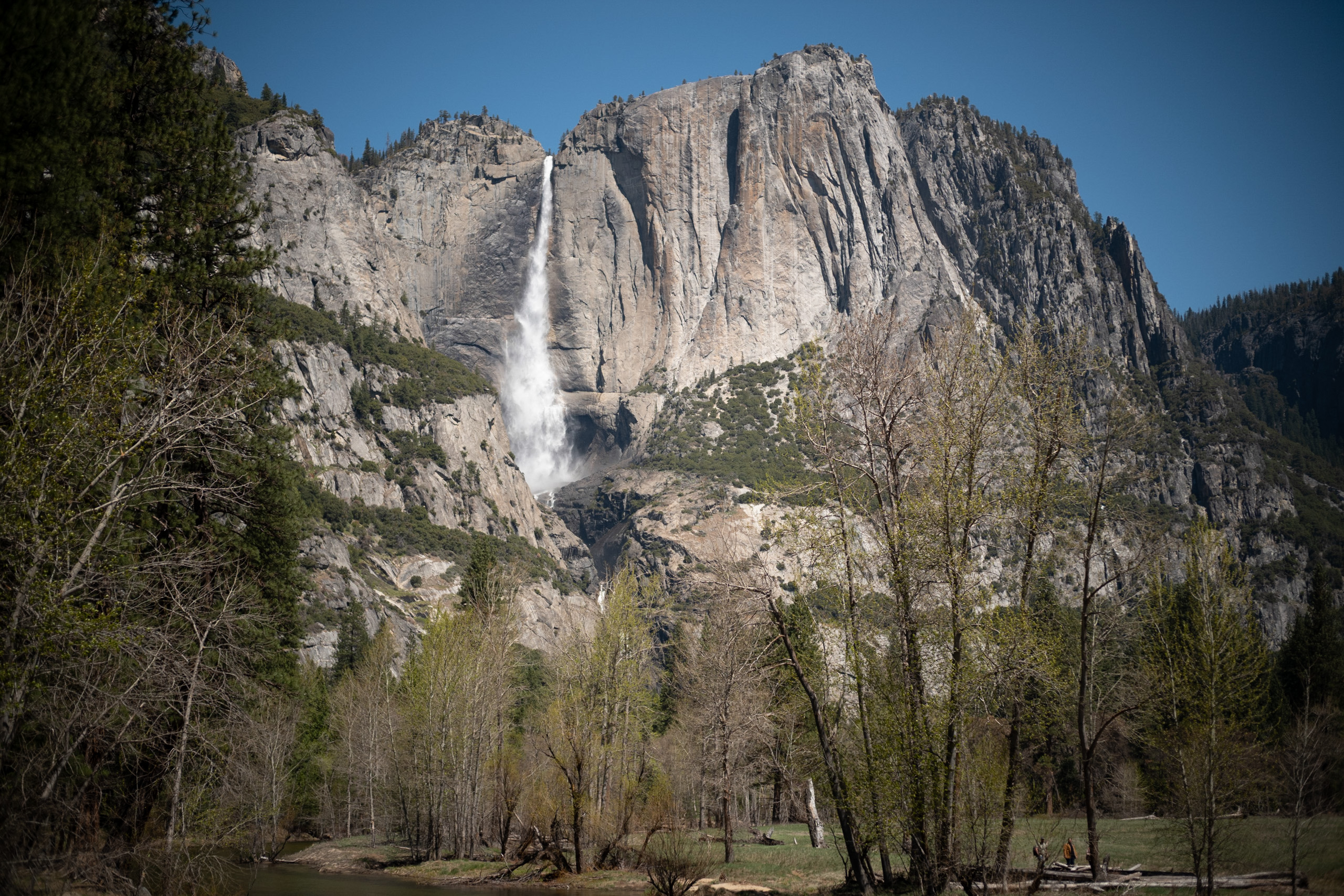 The falls, from a distance, before lunch. 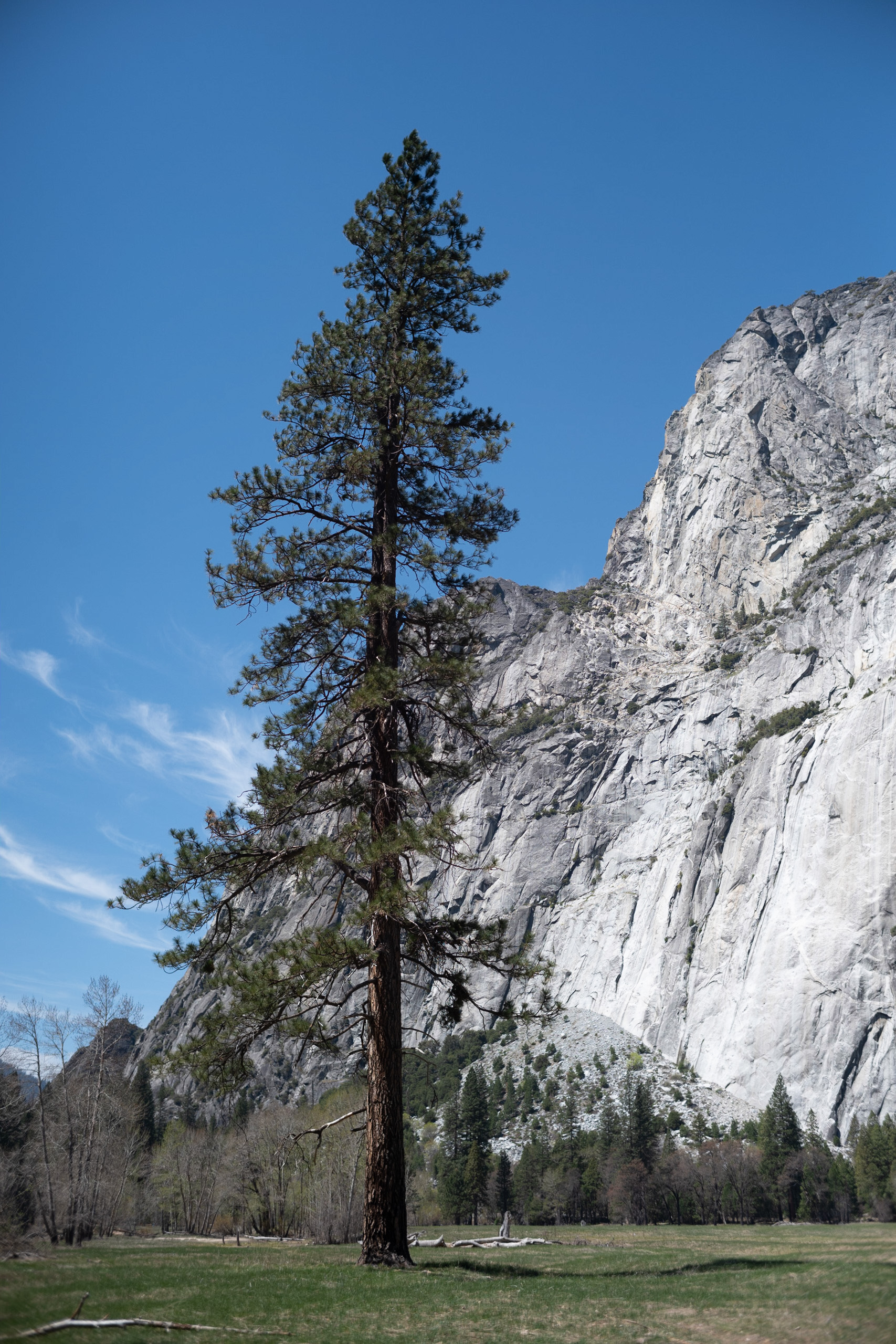 This tree photo is a little deceptive; the rock wall in the background is maybe a mile away, and at least a couple thousand feet tall. Watch for devious trees.

The day before, I realized it would be a lot better if I had a travelling companion. I find that when I go places completely alone, I don’t make as much of an effort. Like, nobody will know, right? But with someone there, anyone, it provides a little extra pressure to actually do the thing. There’s a term for this in ADHD circles, ‘body doubling’, which I do not like, but it’s a thing. Anyway, I texted a bunch of folks (ok, 3) and my friend Damaris was available and said yes. Damaris is great. She came with not just with the gentle pressure of her presence, but with her own enthusiasm for the trip, and a boatload of knowledge about the plants and animals in the park. Maybe that enthusiasm is a normal thing on a day trip to one of the most beautiful places on earth, but it was appreciated none the less. 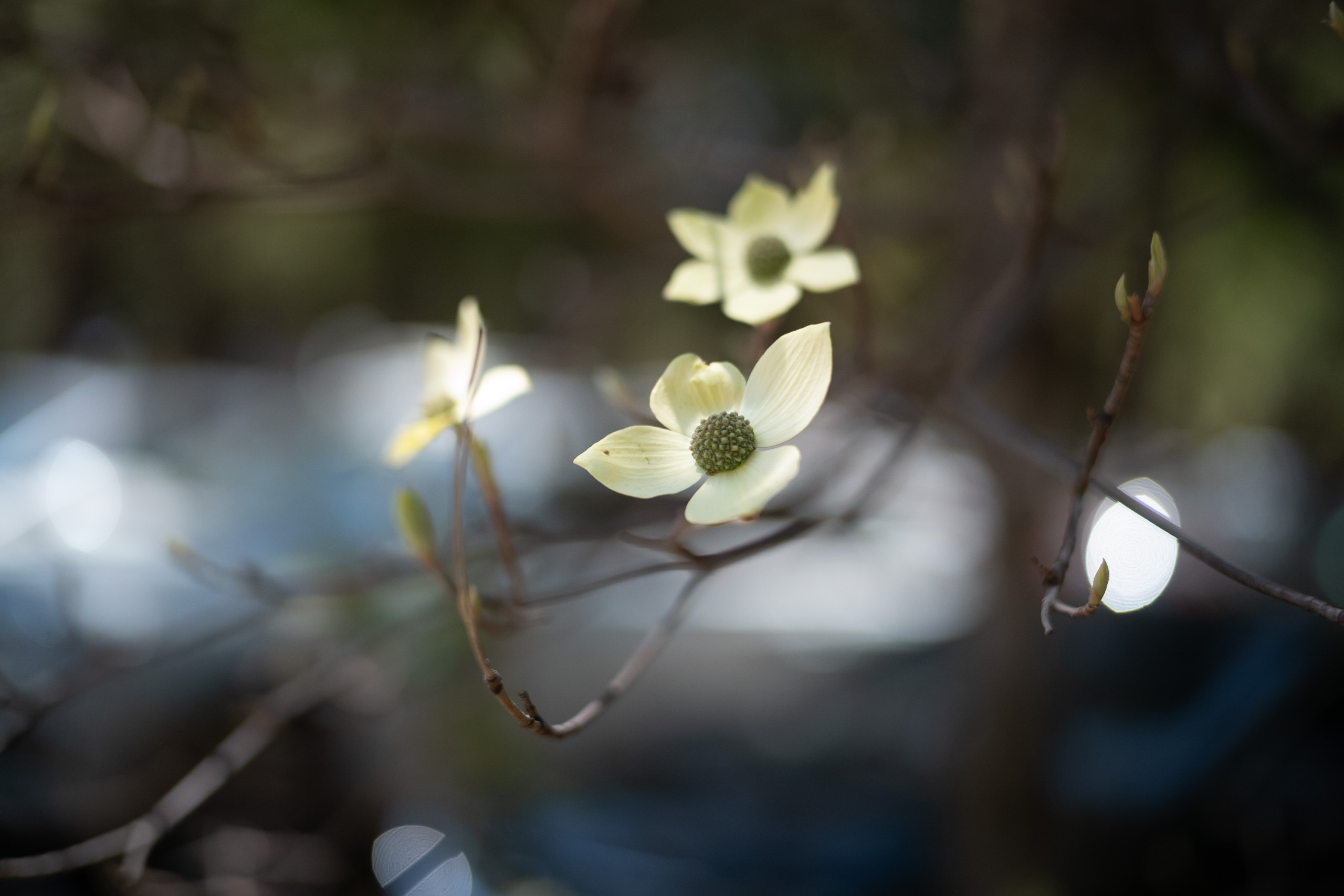 Magnolia, I think? Not used to them being huge trees. 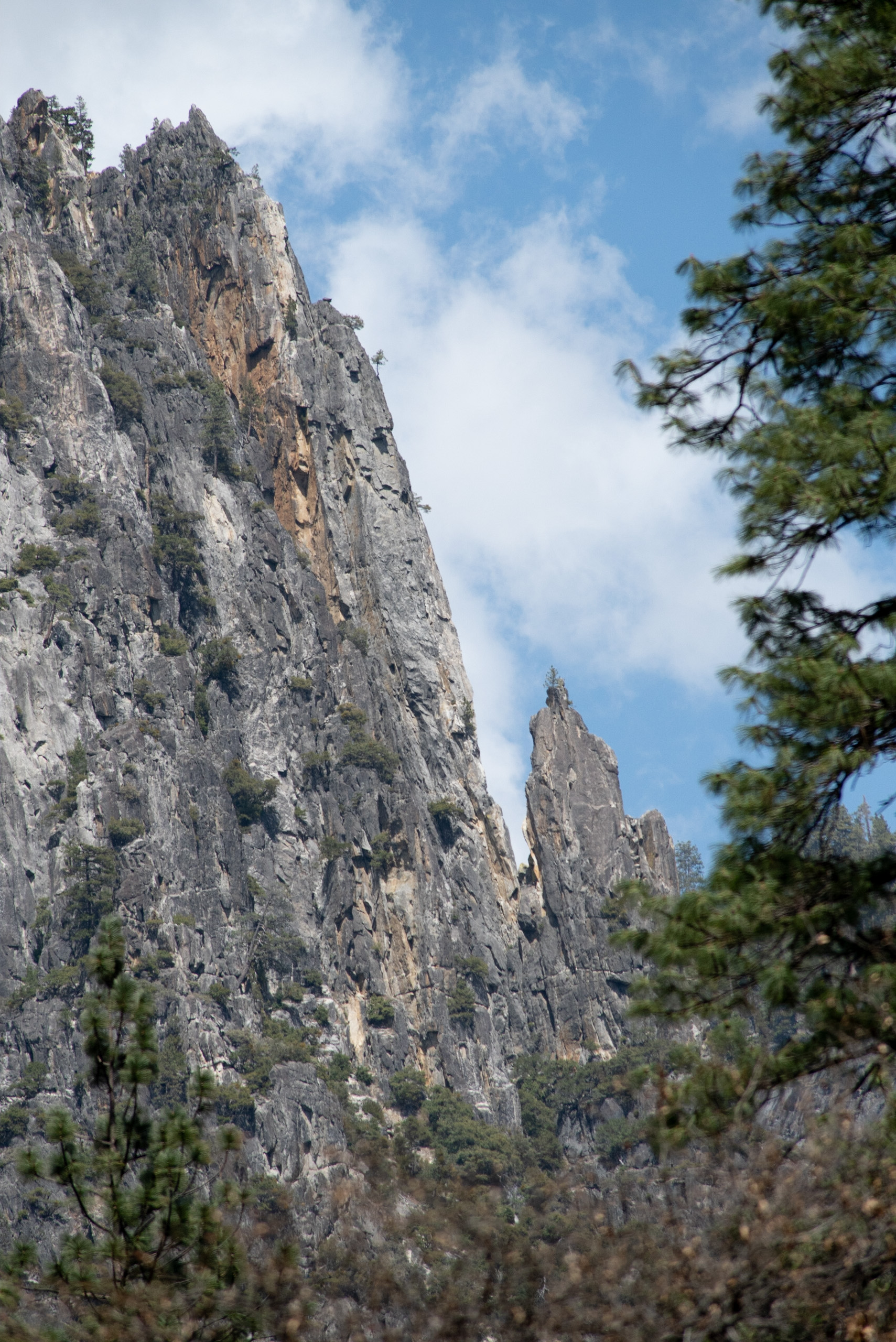 Another image that fails to really capture the scale. All of the trees on that rock are full sized; that's 1000ft of cliff face, roughly.

So, that thursday morning, I got up superfuckingearly, at a time that reasonable people don’t even consider, showered, made a coffee, and grabbed all my kit. I took both my nikon and the leica, a tripod, the 50 summicron and a 300mm nikkor which I shot with basically all day on each camera. I also had the voightlander 15 and the 35 in the bag, for the leica. But first, there was a lot of driving. 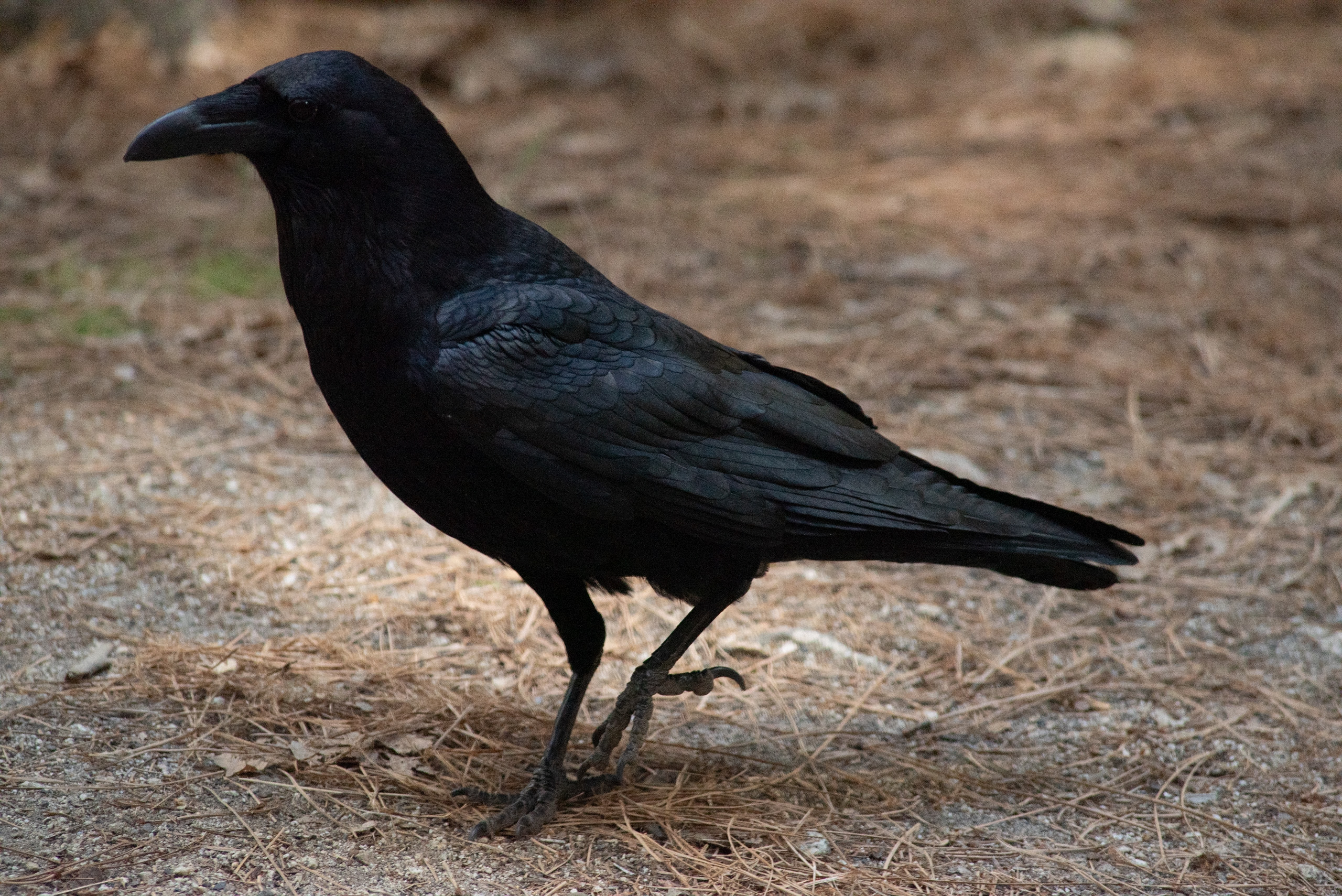 Damaris speaks Raven well enough that this guy chittered at her for maybe 10 minutes, while we were walking to the falls. 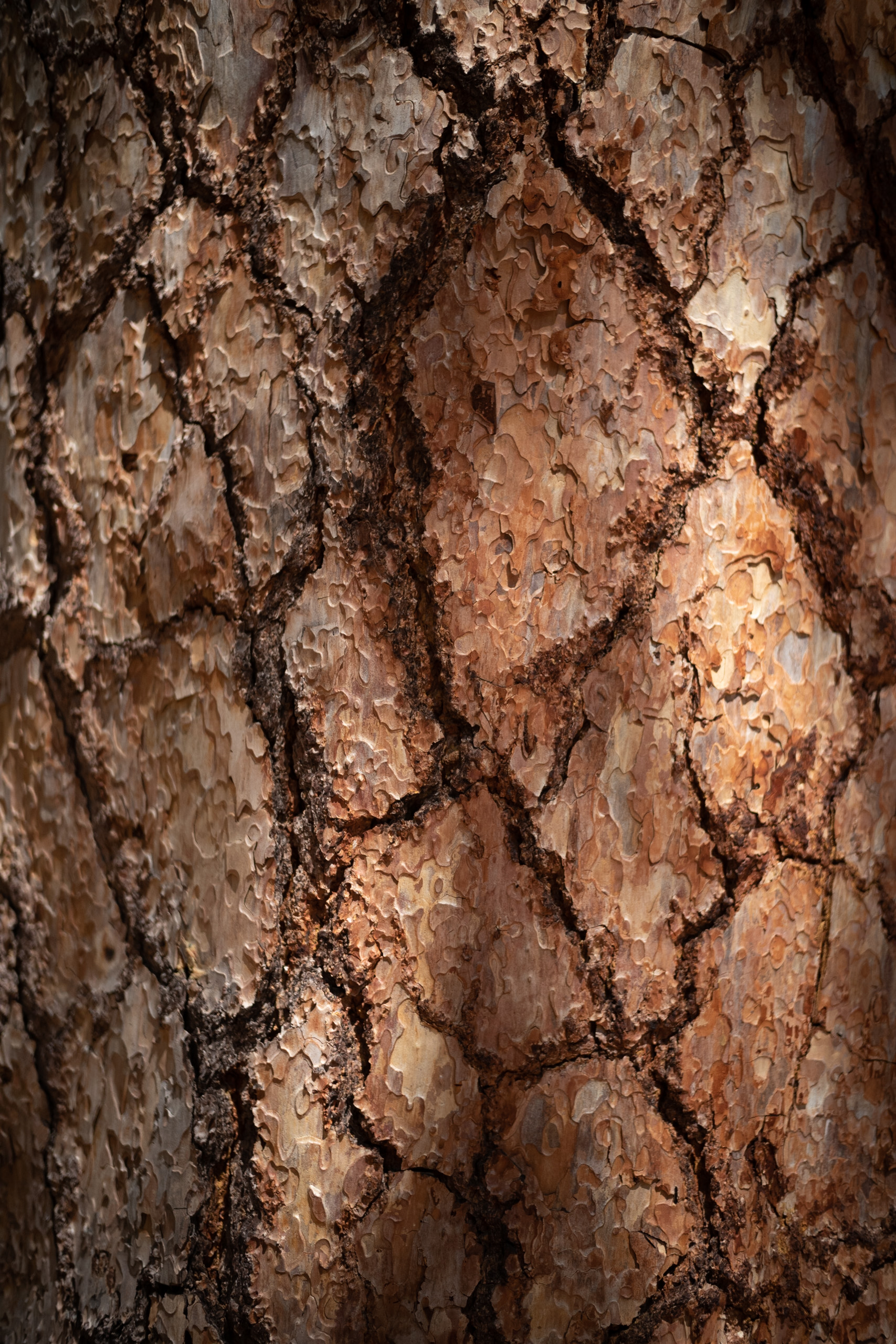 Lovely fractal patterns in the bark.

First, up to [redacted] to pick up Damaris, then back, 580 over the coast range, getting spit out at Altamont into the central valley, where the course always meanders a bit, briefly touching the 5, then to some other road, then finally to 120, just following the map. Apparently the 120 pass wasn’t open but the entrance to the park there was. There was 1 car in front of ours paying to enter; no line at all really. 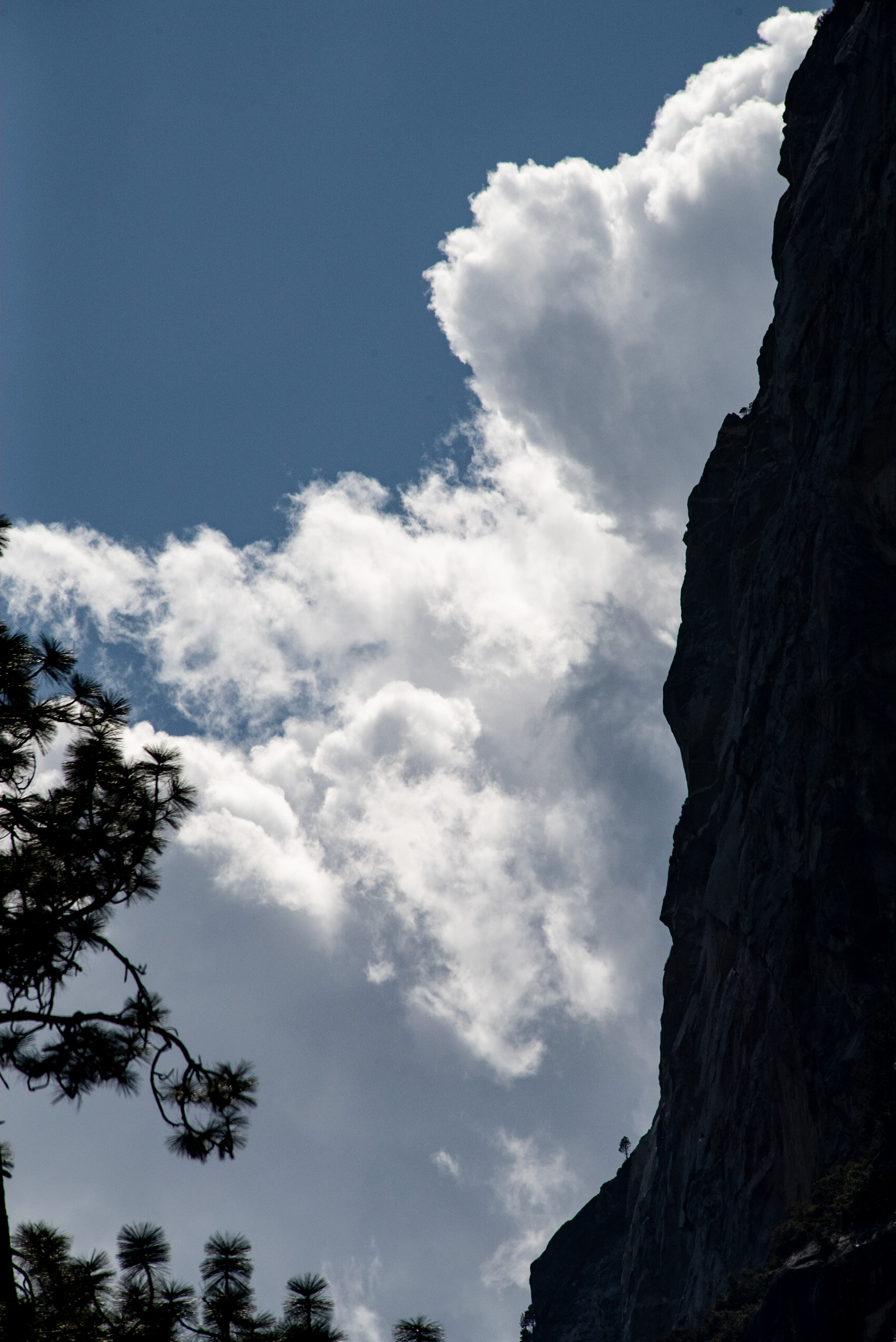 Somehow, this is getting closer.

This was as far as I made it last time I was in the park, september 2019. I was re-learning to walk at the time.

We stopped at the first turn off that had a view of the valley. There was a view of Half Dome over the rise, but it was a little too hazy to result in a good photo; I could have turned it black and white and jacked up the contrast, but I decided against it. After the fact, of course; in the moment, I snapped a few photos, hand-held, and we moved on; the real action, so to speak, was further in. 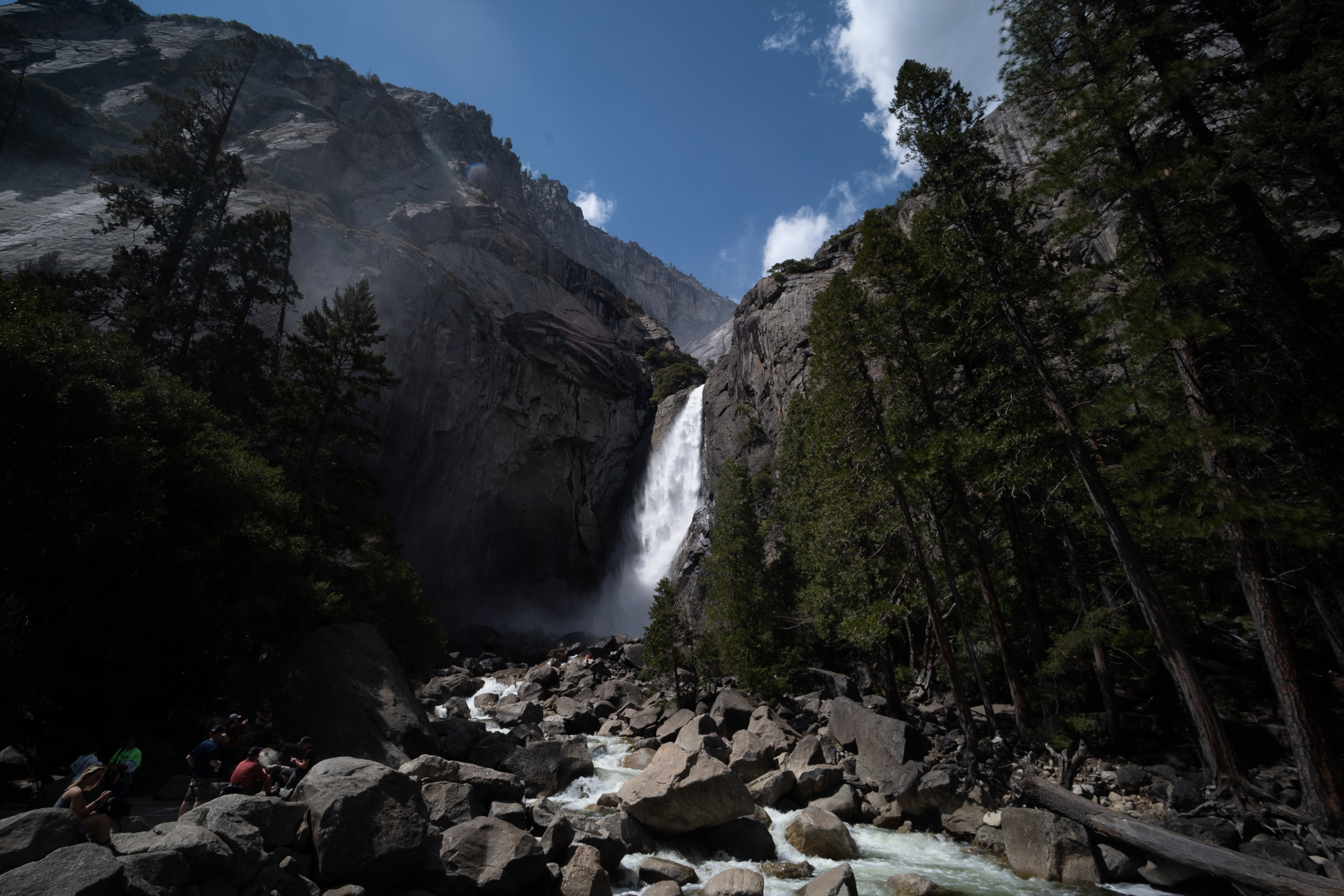 One of the few spots I busted out the 15mm. Rectilinear get rekt. 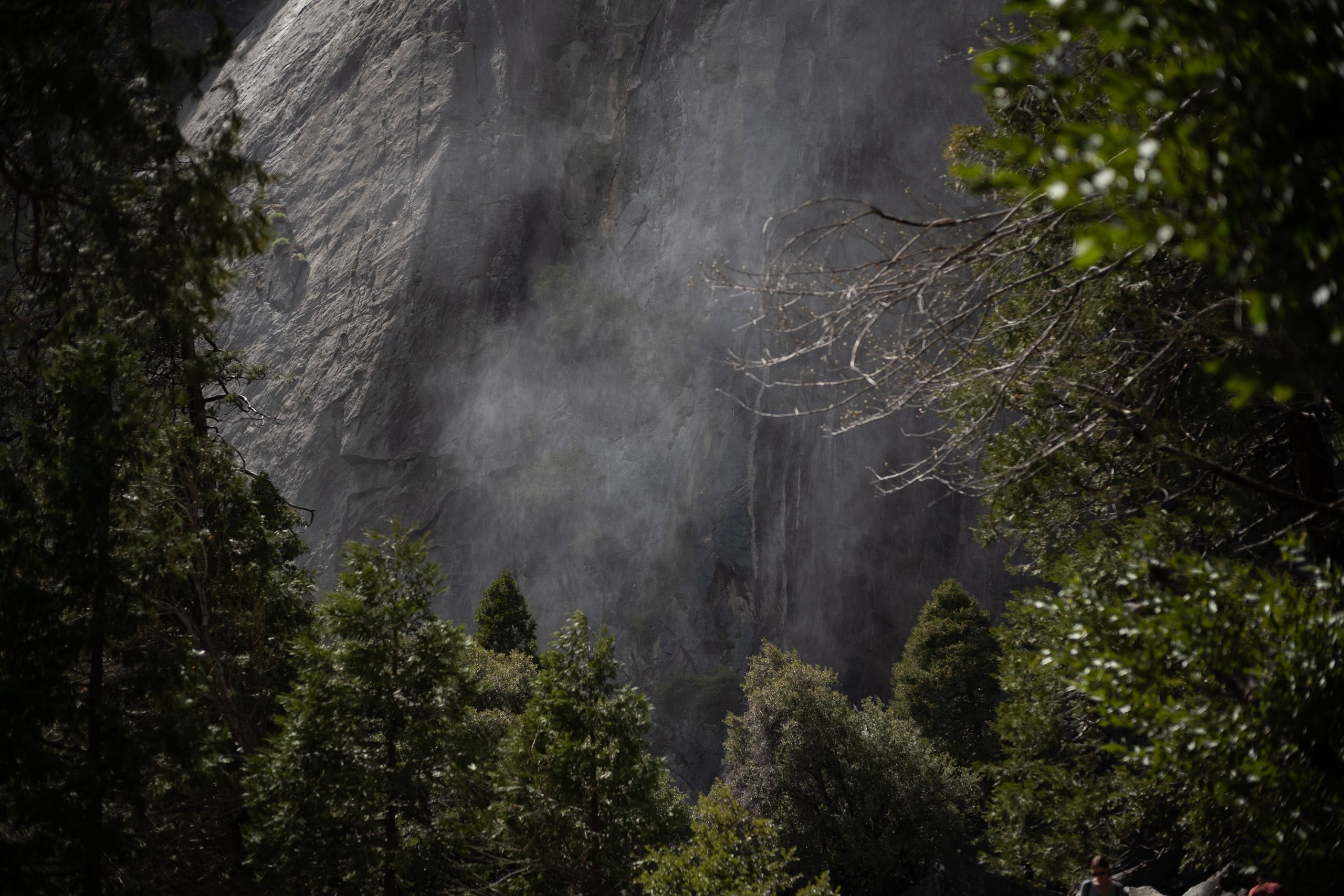 ‘the real action’ was a traffic jam and a stop for facilities; where we stopped, like everywhere else in the valley, was covered up in beautiful views; we walked out to the river, and took photos. There’s not a bad place to stop in the whole park. 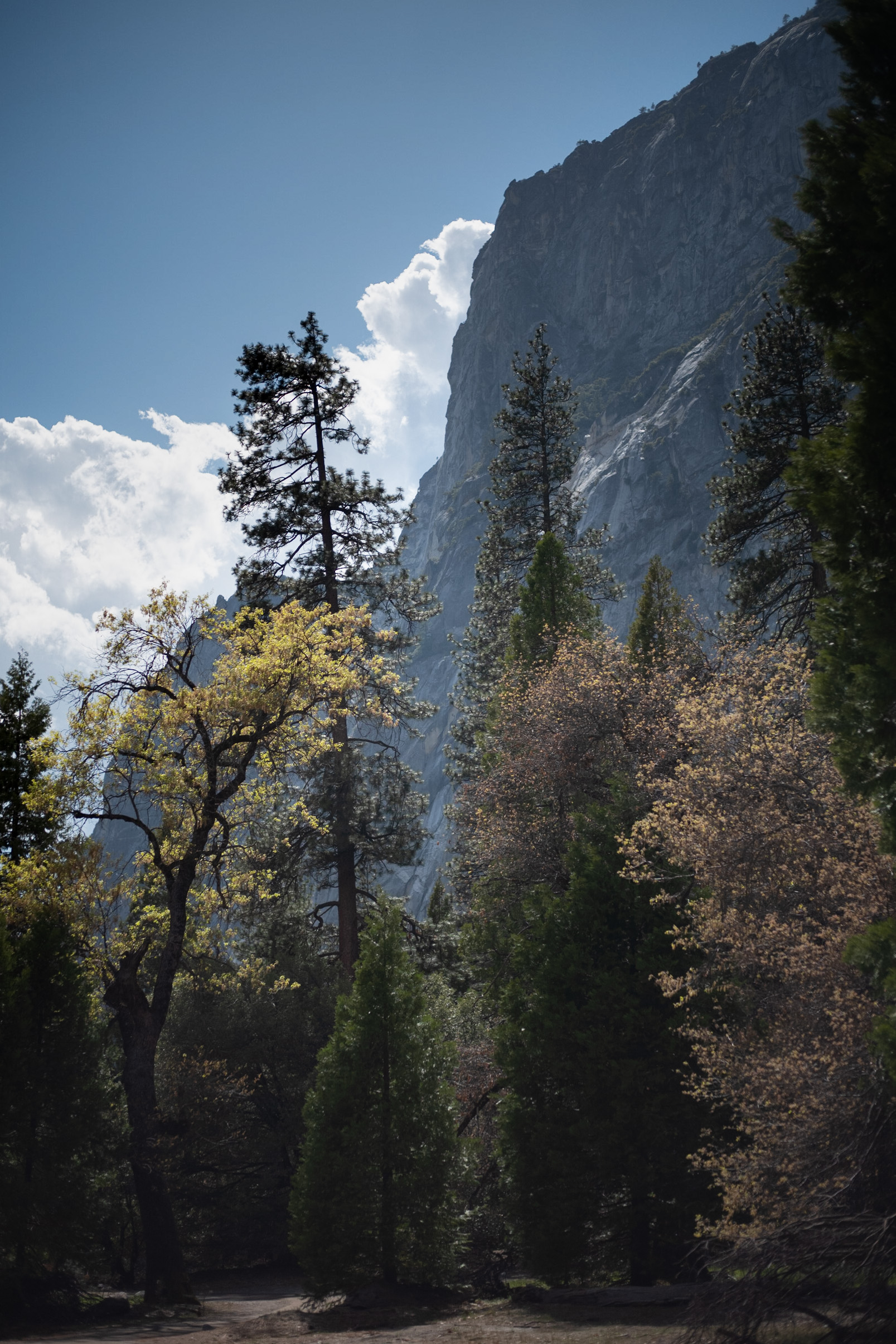 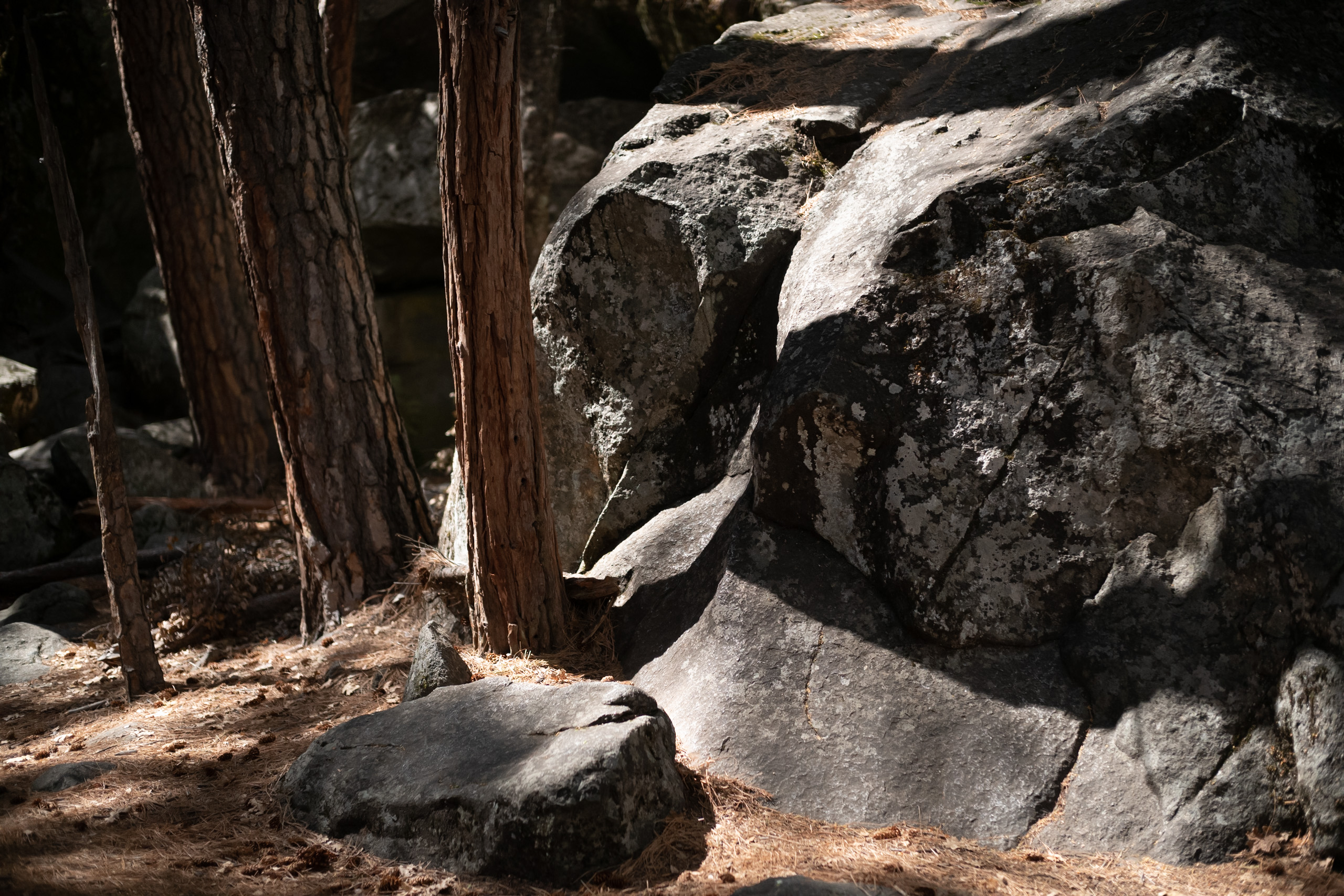 Since I had skipped breakfast, and it was getting on towards lunch, our next stop was to eat. Limited concessions were open, but that included a fresh baked pizza for each of us. 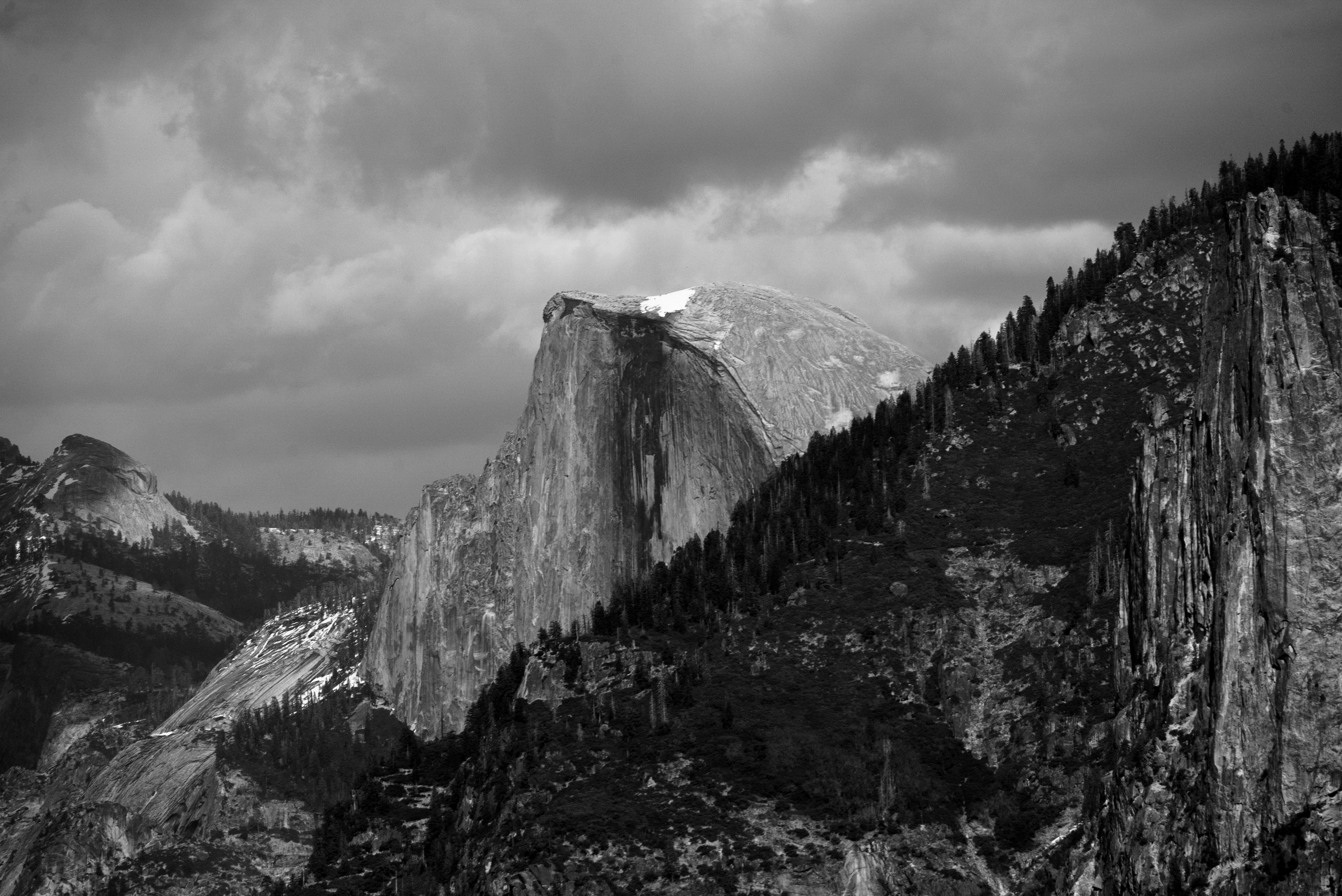 Yeah, I know I talked shit about converting to black and white, and I generally avoid it. But this one just worked so nice. 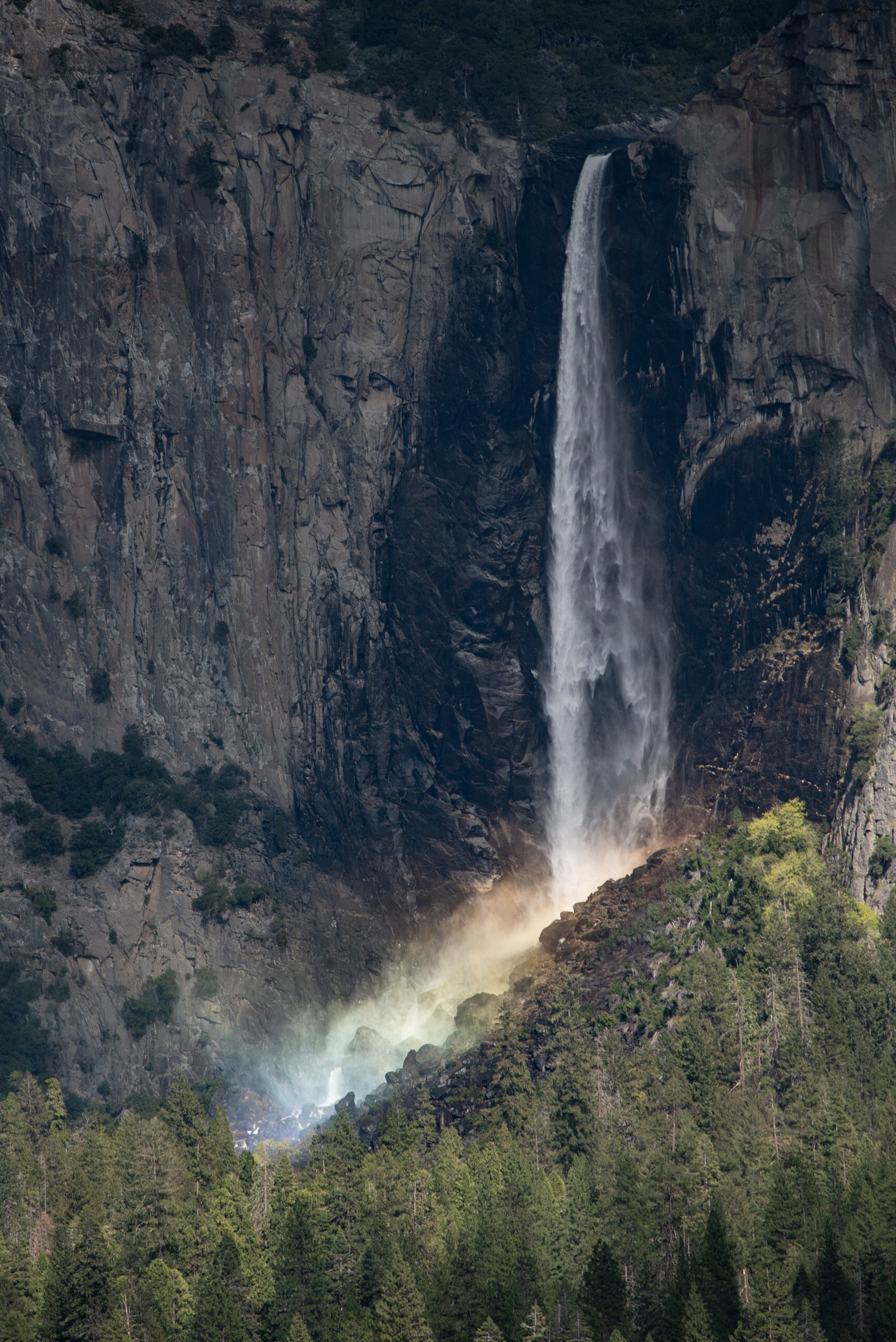 I believe this is Bridal Veil falls? The one you can see from Tunnel view. Speaking of...

Once fed, we hit the gift shop, as it was right there. The best gummy bears in the world are the ones in Yosemite, so I always stop and get some. Then, we drove a little ways back up the valley, to the trail that leads to the base of Yosemite Falls. Calling it a hike and a trail is a little grandiose; a nice stroll, with a little scrambling over wet rocks at one end, if you want. The last time I was in the park, even that was a bit too much; I was just post ankle surgery (remember #anklewatch?). I’ve subtracted surgery recovery but added gouty arthritis, which I’m getting treated but doesn’t go away over night. 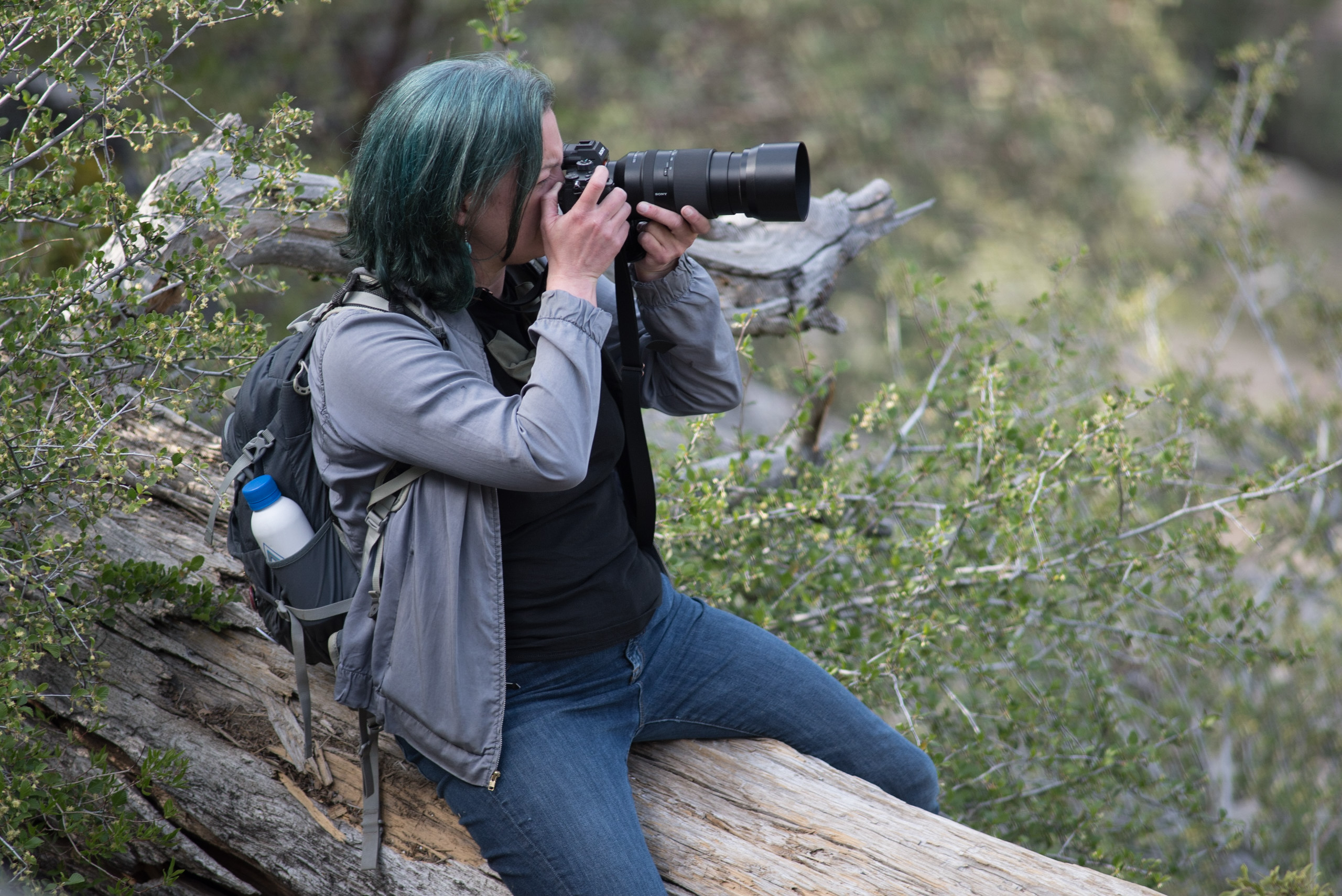 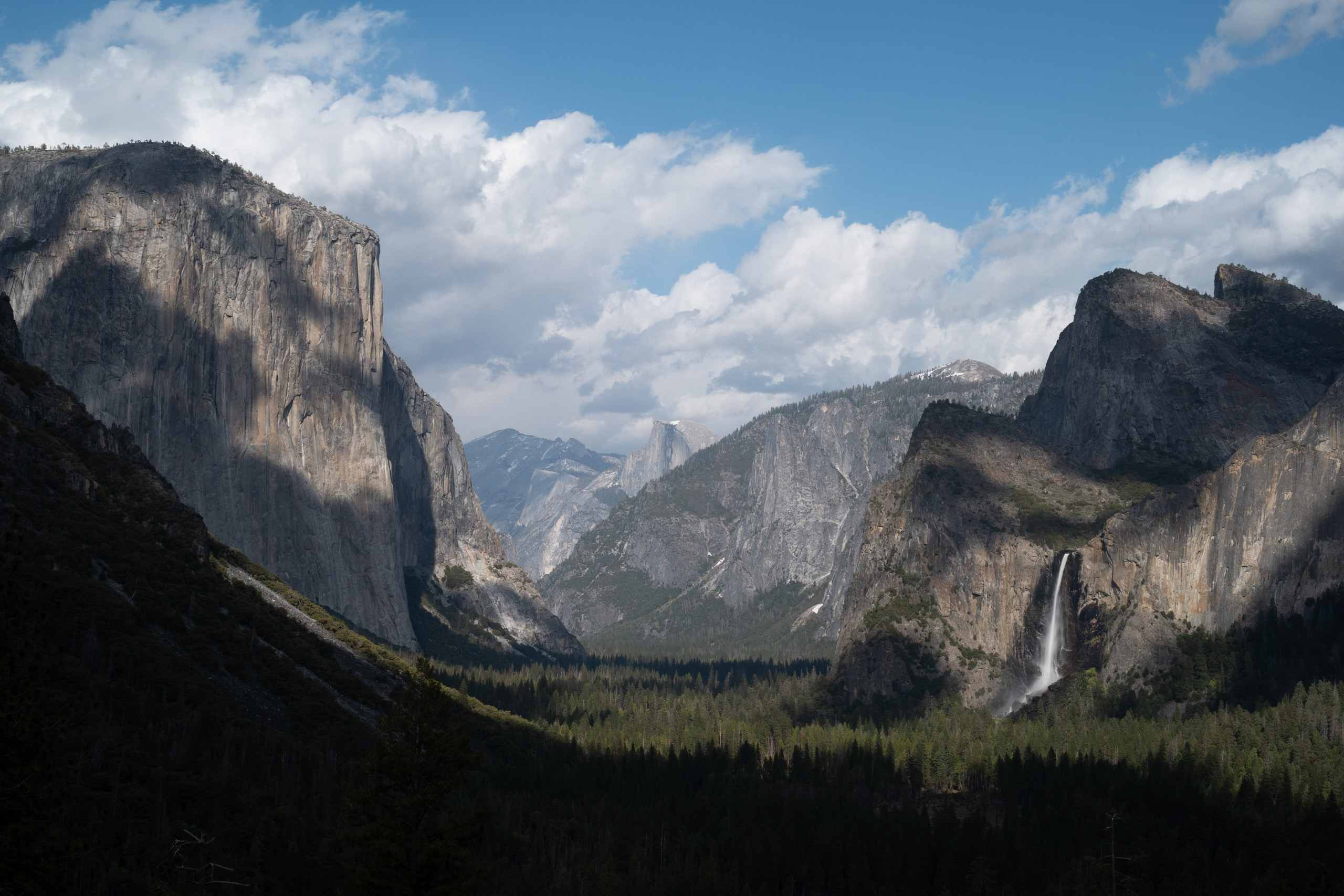 Anyway, after the falls, I noticed the clouds were building, and there was a chance that they’d cover everything up before sunset, so we decided discretion was the better part of valor, and got in the car and drove up to Tunnel View, with the sun in the right part of the sky (behind us) to get some really spectacular light. The clouds kept shifting and changing, and I climbed up above the tunnel, so I could basically sit there and watch things develop. I say ‘climbed’ but really it was some light scrambling on rock. 5.5 on YDS, I’d say, maybe a 5.6 moment in there. 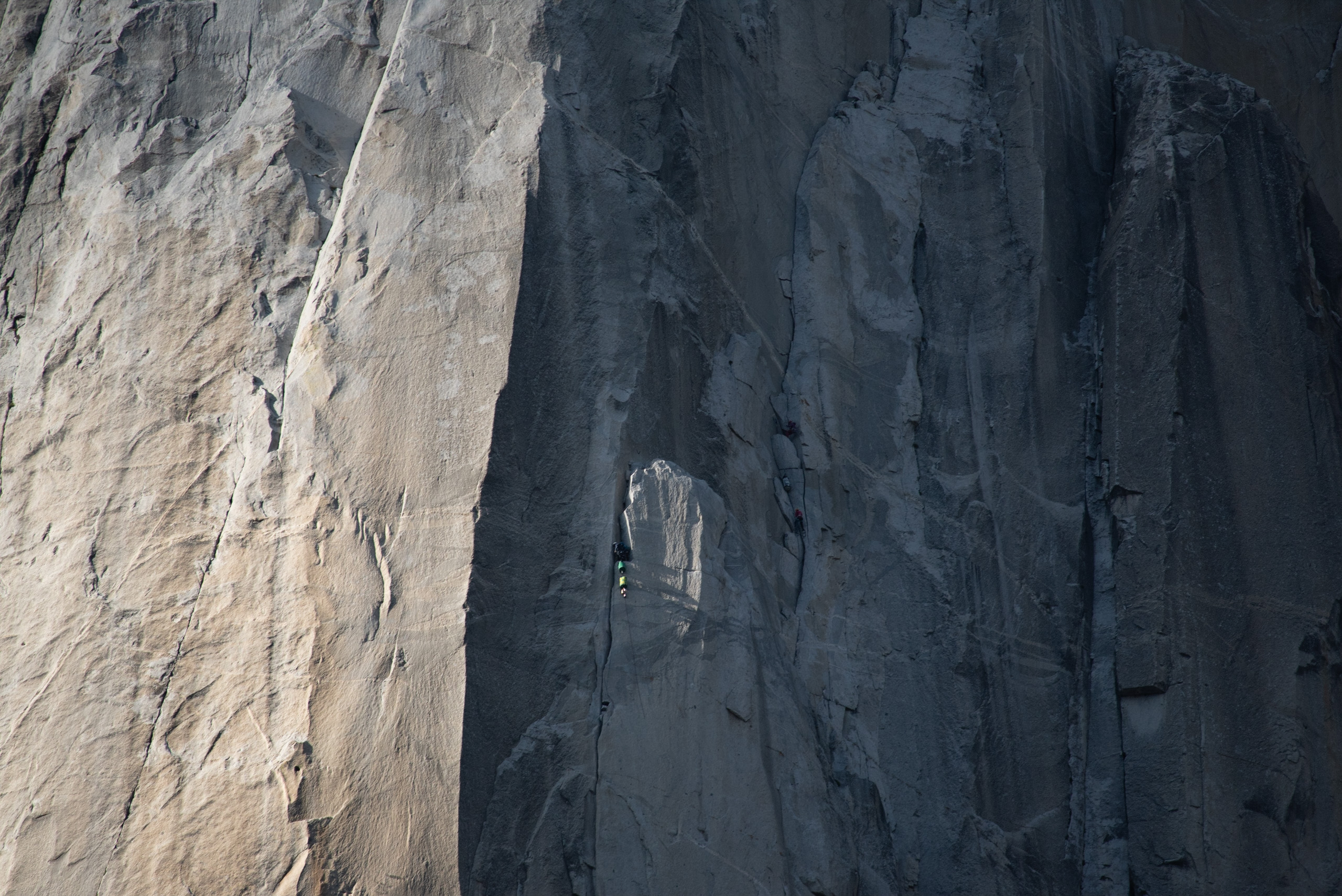 Real big wall climbers, I think climbing the Nose? Which is, looking it up, a 5.14A free climb (world class climbers, in other words). If you do some aid climbing, free climbing only the required sections, that goes down to a 5.9, approachable by us mere mortals. 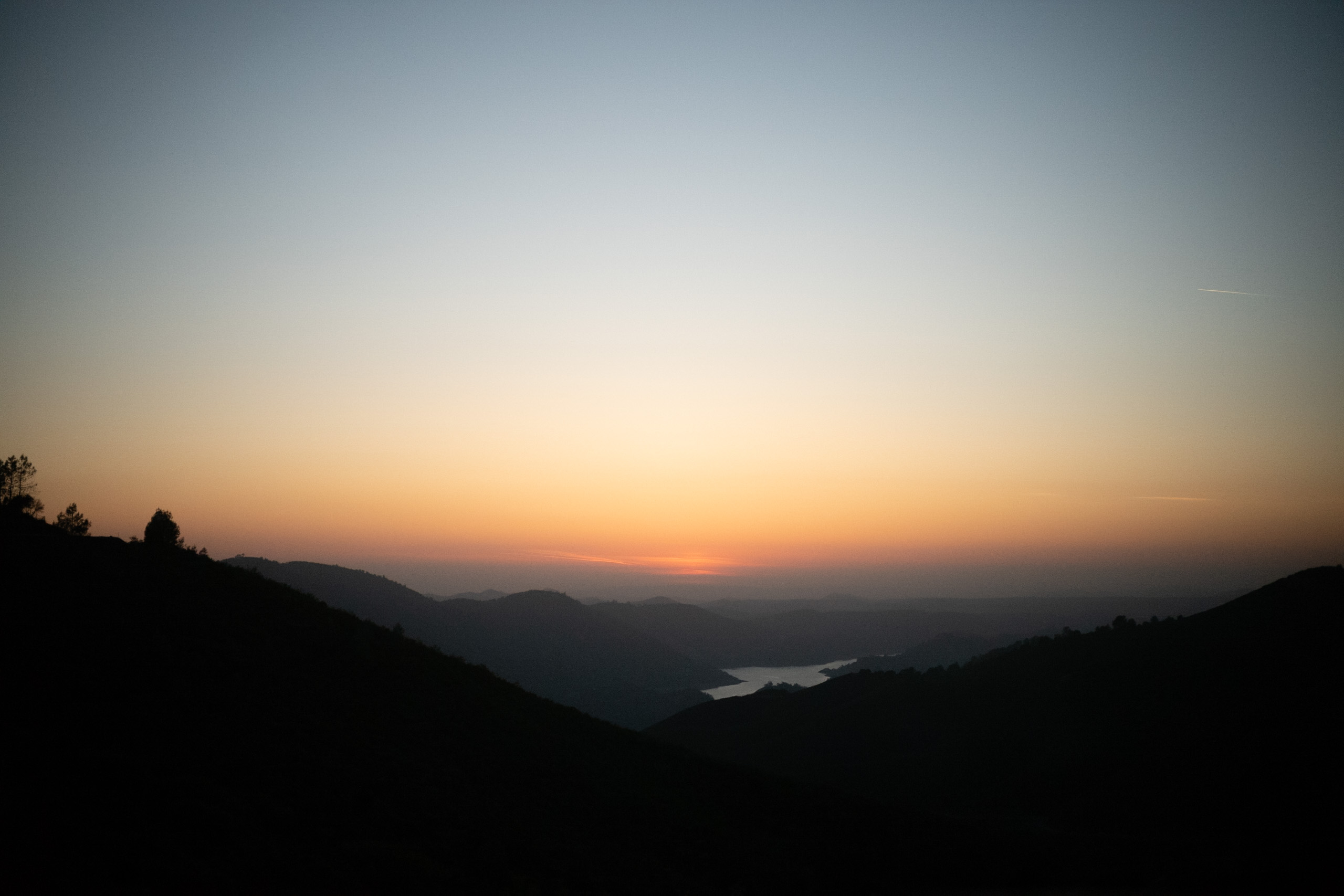 The lake here was only visible for about 5 seconds as we came around a bend. I was able to get the camera up, awake, and get two exposures off before it disappeared completely. Oh, and I was driving, too. </brag>

At that point, I’d done all I’d set out to do for the day, and then some. So, we got in the car and headed homeward.I think next time, I’m gonna take a pad and do some bouldering.