Rome for a few hours 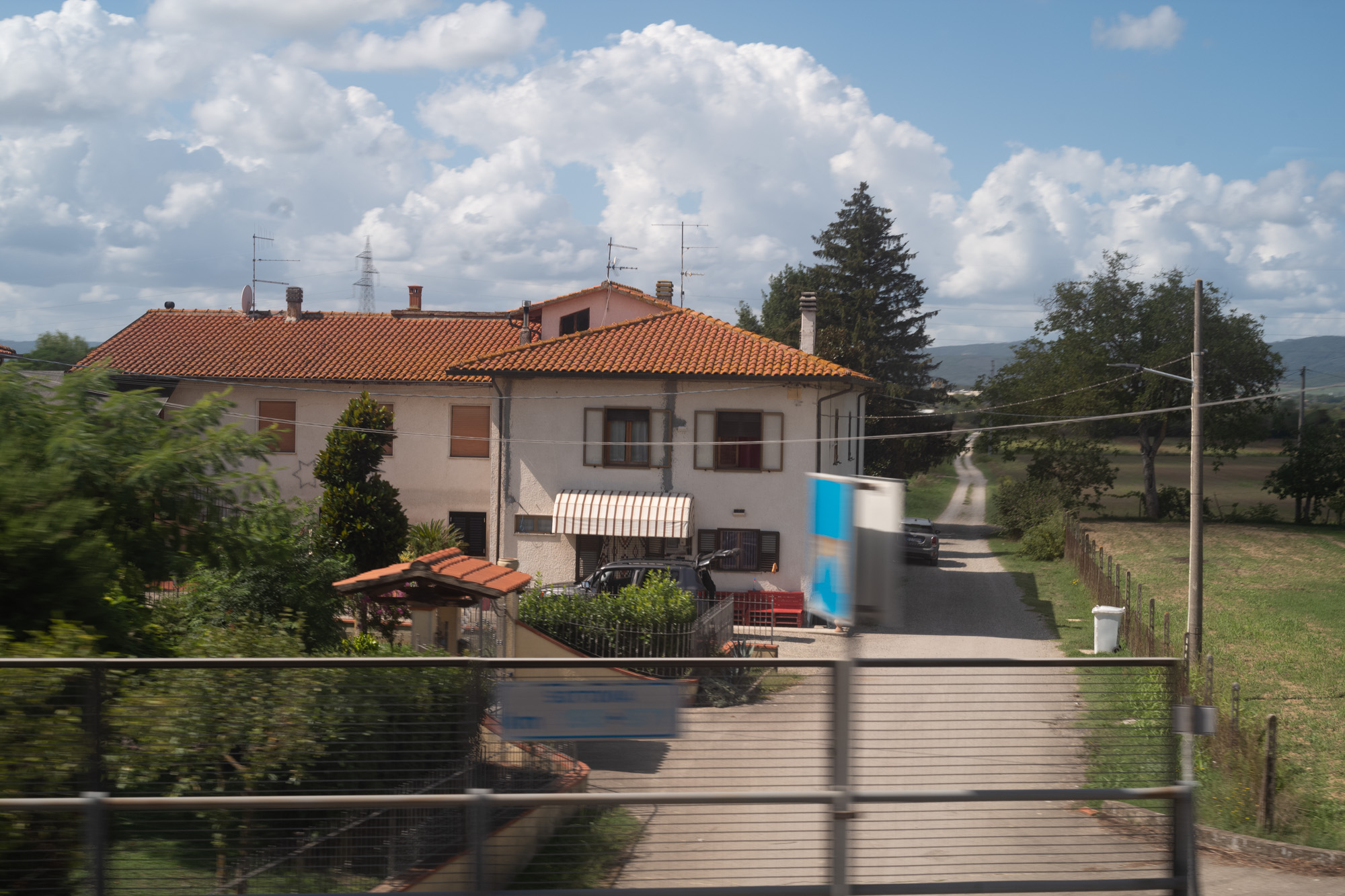 Woke up early-ish in our hotel in Florence, had what was probably the best breakfast of the trip (they had a pancake machine and real maple syrup), and took a city bus down to the Florence train station, Santa Maria Novella. We purchased tickets from a nice lady and had just enough time to grab some food before our train left for Rome. I want to say it was about two hours on the train, just sort of sinking into our jetlag and exhaustion. It was going to be a long day. 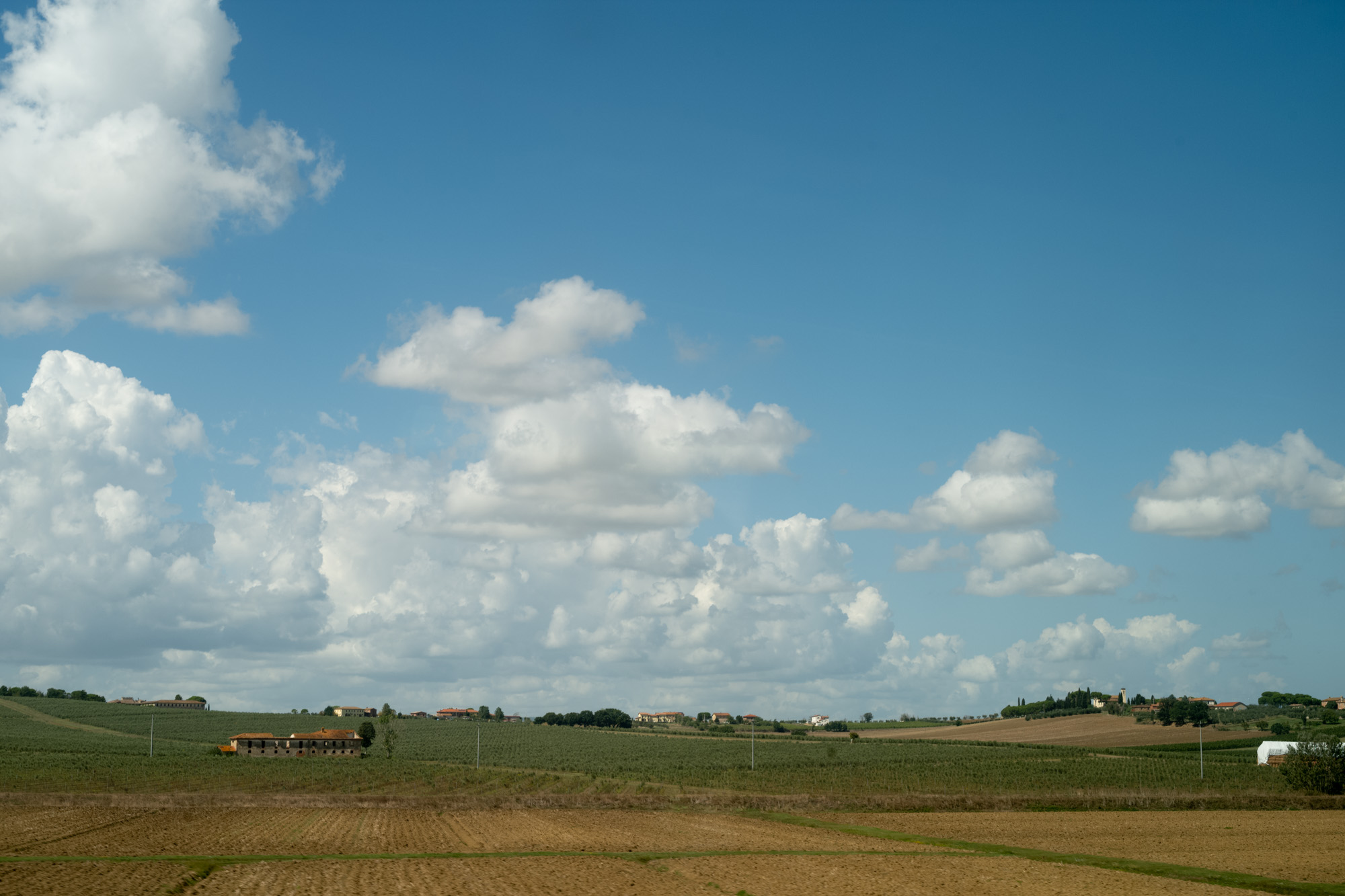 The first thing we did was stash our larger bags. Sophie and I both had packed relatively light for two weeks away from home, just a carry on and personal item (camera bag for me, backpack for her). But lugging even that much luggage around the city seemed like a real pain, and there are plenty of luggage storage spots that’ll hang onto your bags for a small fee right by the train station. Once that was stashed, we set off walking. 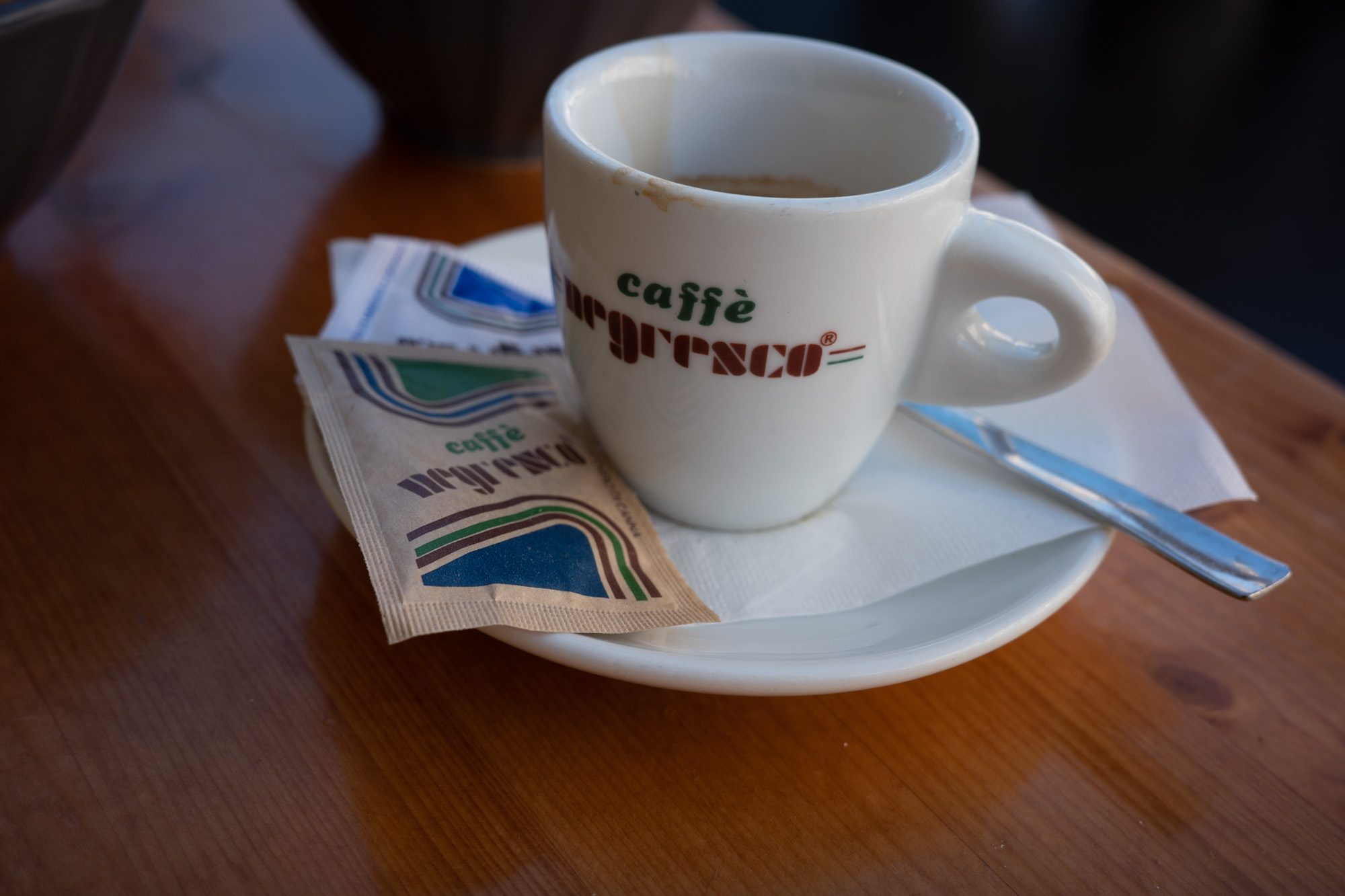 The original plan was to walk quite a long way, to try to stay awake as long as possible. We sat down at a cafe in Rome and got some espressos, and immediately felt tired. The coffee picture was taken at 6am California time, or about 2pm in rome. Our flight out of Fiumicino was later, like 8pm, so we had time to see a few things. We ventured inside a church that had us go through a metal detector that didn’t care at all about my cameras; I was hauling the whole kit, since I didn’t want to leave the real valuables in a luggage storage spot of unknown provenance. They didn’t seem to care or even want to look in my bag when it made the thing beep. I must’ve looked pretty harmless or very jet lagged or both. 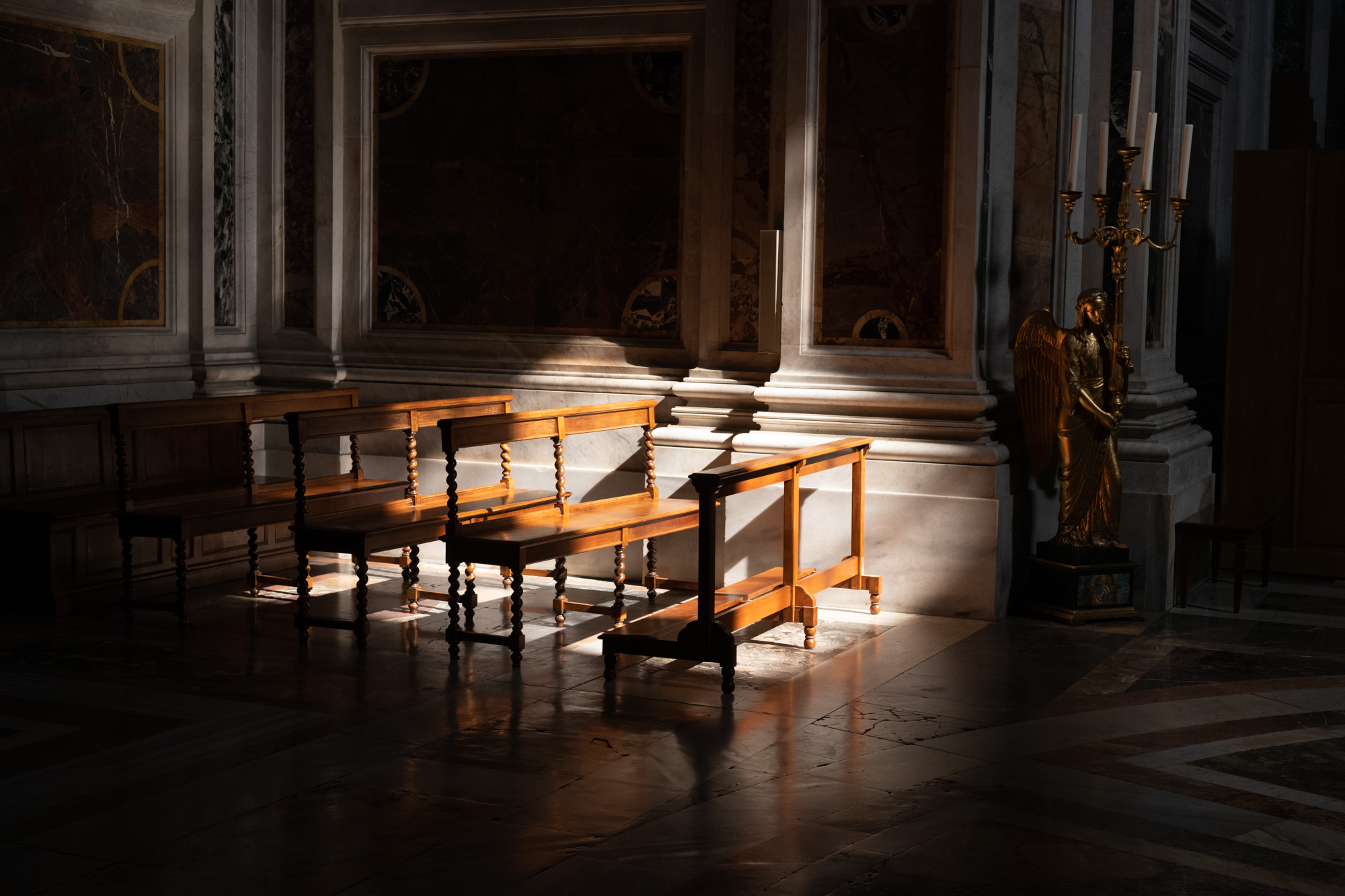 Inside the church, there were a lot of incredible works of art, just amazing, and not a ton of light. This wasn’t one of the big main churches, just one that was sort of in our path. There is an unbelievable amount of wealth in rome, just centuries of the church paying for people to make cool shit and then gild it with gold from faraway lands. 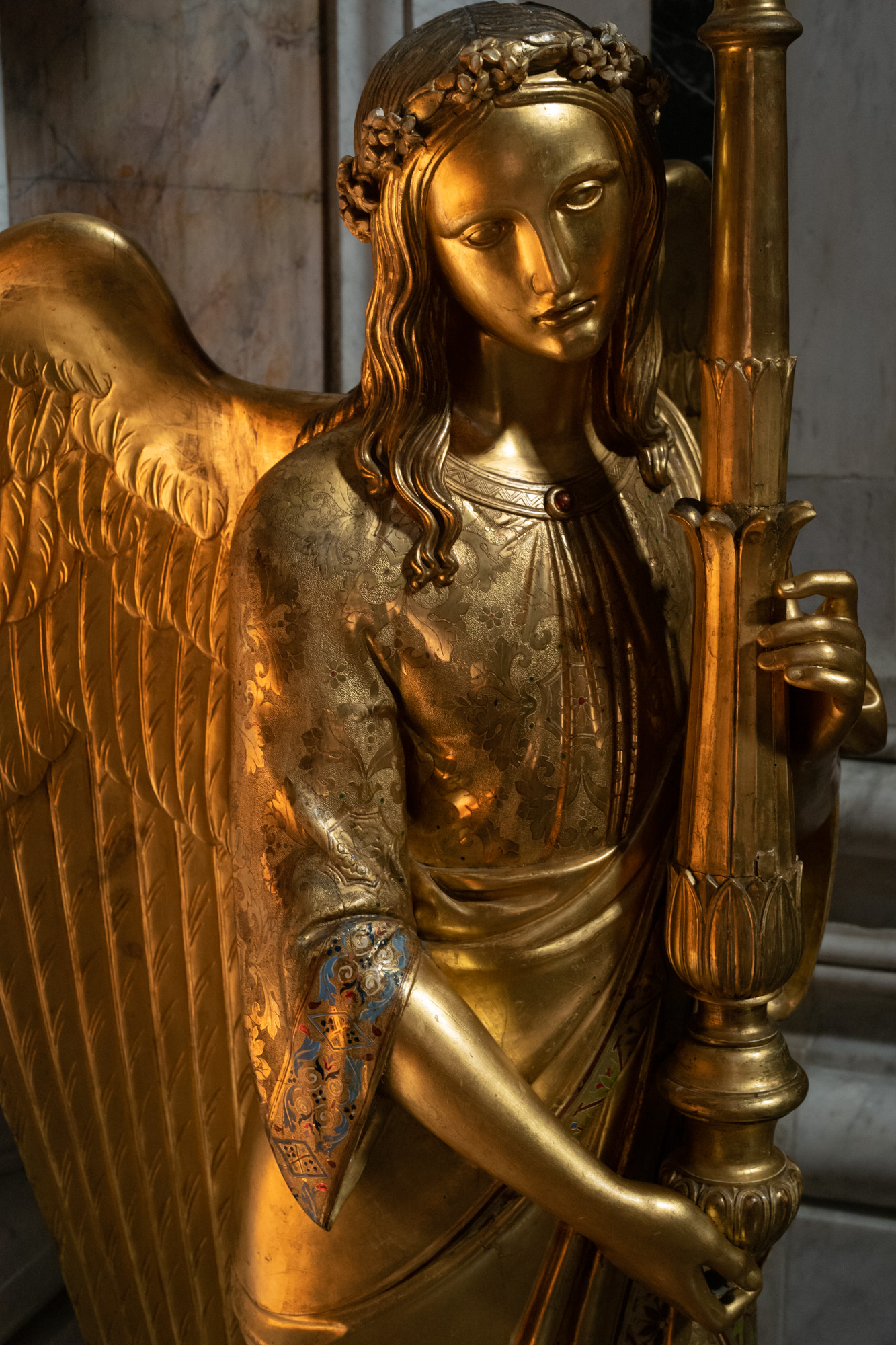 After the church, we walked another 20ish minutes, slowly, to the Colosseum. It’s possible we could’ve ridden the metro and been there in just a few minutes, but remember, time to kill (on checking, now, I think the metro station may have been under construction? hard to say for sure). So we walked through a pretty scruffy park and there were other ruins, less famous, fenced off there. It came into view from kind of the top of a hill. Lots of tourists, huge line to get it, so we decided, at least for this trip, to just walk around. It was super hot anyway. 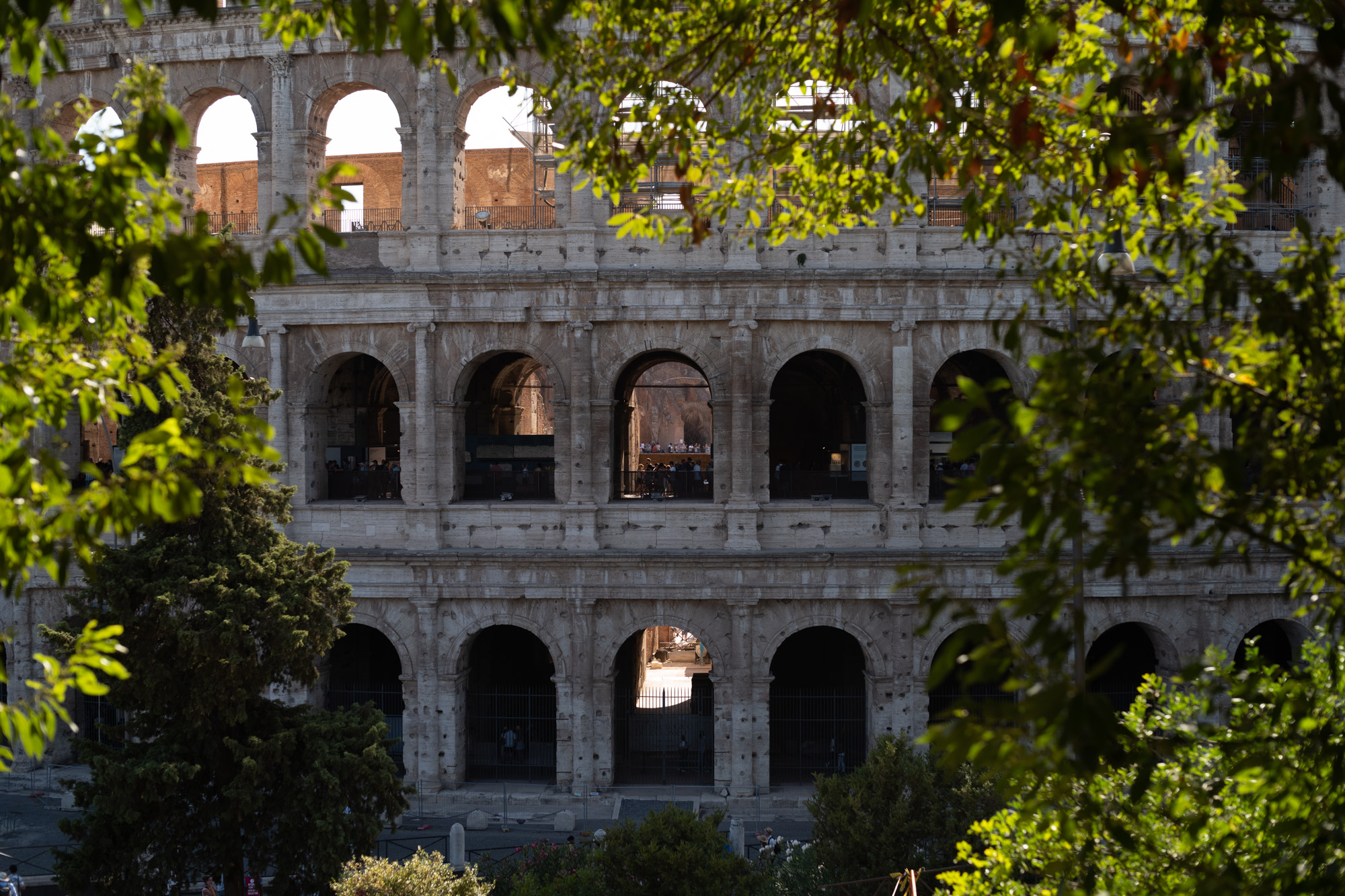 Walking around, about 3/4 of the way, both myself and Sophie hit a wall, and just sat in the shade for a minute drinking water. Deciding that discretion is the better part of valor and majority rules, we hopped a taxi back to the train station. The taxi driver dropped us off a couple blocks from the station because from the direction of the Colosseum the traffic was kind of impossible. Which turned out to be a stroke of luck, because we sat down at the first pasta joint we saw and ordered what looked good, plus a beer for me and a wine for Sophie, just for safety. And the food was really good, like pretty much every other meal we had while we were in Italy. Seriously, they export their tomatoes, but they keep the best stuff for domestic consumption.

Then, back into the train station, tickets on the Leonardo Express to Fiumicino. I think we both dozed a bit on the train, and then while we were in the airport, I lost my hat shuffling things in my bag. We bought a bottle of champs in the terminal so we’d have something for breakfast, and I had to put it in my bigger bag, which had my hat; after that point, the hat was not seen. RIP cubs hat with the neon logo. Anyway, our flight was on time for a change, so we left Rome at around 9 and landed in Olbia around 10. Someone Sophie knew on from the festival group on Facebook gave us a ride from there to San Teodoro, where the festival was held. Finally got to our airbnb around 11 and crashed pretty hard.

Next: festival and probably finally review the tiny camera…